A magical boy from Mayan mythology faces impossible tasks and a ruthless king to save the people of Mexico.

A hurricane is brewing in the jungles of the Maya, and the ancient Death Lords are on the warpath. Across the world in Venice, Italy, hanging out with his blogger friend Nasty (Anastasia) Smith-Jones and eating Pizza Gelato, Max Murphy thinks he is safe from their clutches. But when a rogue octopus pulls him off his gondola and tries to drag him down to the underworld, Max realizes that the Death Lords have not finished with him yet. 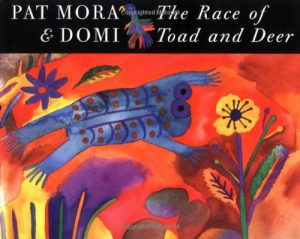 In this second book by the Latina pair, Pat Mora has created a poetic adaptation of the Maya version of the much-loved fable of the tortoise and the hare. The arrogant deer who boasts of his strength and speed is finally challenged to a race by the wily toad. While all the wondrous animals of the jungle – jaguar, tapir, armadillo and toucan – gathered around to watch, the toad makes a plan. He may not be as large as Venado, but he is very clever and has many friends to help him.

Kat can think of dozens of good reasons not to go on a boring family vacation to hot, grungy Mexico. Number one: missing her friend Fiona’s minicamp. If she’s not there, she’ll begin eighth grade as a social reject. Despite her reluctance, Kat ends up on a teen adventure tour where she meets Nando, a young Mayan guide (who happens to be quite a cutie). As they travel to different Mayan ruins each day, Nando tells Kat his original legend of Muluc, a girl who lived in the time of the Ancient Maya. The dangerous, dramatic world in which Muluc lives is as full of rivalry, betrayal, and sacrifice as Kat’s world at school. And as she makes new friends and discovers treasures in Mexico, Kat begins to wonder: Is she willing to keep sacrificing her self in exchange for popularity? 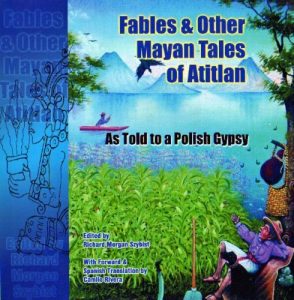 This is a collection of 12 folktales from the various Mayan communities around the shoreline of Lake Atitlan, located in the highlands of Guatemala. This edition is bilingual English-Spanish and, beyond entertainment, incorporates ethnographic and geographical descriptive information about the environment and Mayan culture in the rural highlands of Guatemala.

A bilingual retelling of a Guatemalan folktale about a young man who tries to win the hand of a Mayan princess by making his song as sweet as that of the birds.