Virginia and her brother are never allowed to pick first from the donation boxes at church because their father is the priest. Virginia is heartbroken when another girl gets the beautiful coat that she covets. Based on the author’s memoirs of life on the Rosebud Reservation in South Dakota.

The astounding story of one girl’s journey from war victim to UNICEF Special Representative. As a child in a small rural village in Sierra Leone, Mariatu Kamara lived peacefully surrounded by family and friends. Rumors of rebel attacks were no more than a distant worry. But when 12-year-old Mariatu set out for a neighboring village, she never arrived. Heavily armed rebel soldiers, many no older than children themselves, attacked and tortured Mariatu. During this brutal act of senseless violence they cut off both her hands. Stumbling through the countryside, Mariatu miraculously survived. The sweet taste of a mango, her first food after the attack, reaffirmed her desire to live, but the challenge of clutching the fruit in her bloodied arms reinforced the grim new reality that stood before her. With no parents or living adult to support her and living in a refugee camp, she turned to begging in the streets of Freetown. In this gripping and heartbreaking true story, Mariatu shares with readers the details of the brutal attack, its aftermath and her eventual arrival in Toronto. There she began to pull together the pieces of her broken life with courage, astonishing resilience and hope.

Offers the story of one young girl who grew into a young woman during the siege of Sarajevo by surviving the constant bombings, sniper attacks, and a critical lack of basic supplies for three long years. 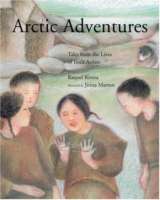 Extreme weather, hunger, magic, hunting, and the land are themes that shape the existence of the Inuits’ of the Far North. These stories — retold by Raquel Rivera based on the lives of native artists Pudlo Pudlat, Jessie Oonark, Kenojuak Ashevak and Lazarusie Ishulutuk — offer young readers a glimpse into this rich, remote culture, past and present. In “Pudlo and Kapik Go Hunting,” a young boy drifts out to sea on an ice floe; “Oonark\’s Arctic Adventure” tells of a mother and daughter stranded on the icy tundra; “The Shaman’s Granddaughter” movingly explores loss and mystery; and “Lazarusie and the Polar Bears” reveals just how finely attuned the relationship between animals and humans can be. Accompanying each story are illustrations by Jirina Marton, who has spent time in the Arctic and whose deep appreciation for its subtle beauty shines through her art. In addition to the stories, there is a feature spread on each artist with a photograph, a brief biography, and a reproduction of one of the artist’s works.

Chen’s book tells his story of growing up during the Cultural Revolution (between 1966 and 1976) in China.

A family memoir full of New Mexico flavor, Tortilla Chronicles serves up a hearty helping of the “City Different” from the perspective of the humble, hardworking Romeros, a family honored for its contributions to regional folk arts. Marie Romero Cash, herself a renowned artist, poignantly sketches each family member using his or her own voice. Their stories present a rare glimpse into the life of a traditional Hispano family and provide an antidote to typical nostalgic tourist accounts of 1950s Santa Fe. One of the main characters is Santa Fe itself, and the narrative tours the city’s streets, shops, plaza, and surrounding hills and arroyos in astounding detail. The ancestry and rituals of family life, the culture and religion of northern New Mexico, and the growth of a neighborhood and its children are all part of the recipe.

Young Yuliana Gallegos recalls her move from Monterrey, Mexico, to Houston, Texas. Initially excited about moving to Houston, where the huge freeways make her feel like she’s on a roller coaster, her excitement quickly wanes when she starts school. Everything is different at Yuli’s new school, and her discomfort is magnified by her classmates’ stares.

And to make matters worse, she learns that in spite of studying English in Mexico, she can’t understand anything that’s being said. All she wants to do is go back to her school in Monterrey. Yuli poignantly records the fear and anguish experienced by all immigrant children as they strive to adjust to a new language and culture. With the help of a compassionate teacher, a Japanese girl who becomes her friend, and her own determination to excel at her studies, Yuli gradually learns to speak English and feel comfortable in her new environment. 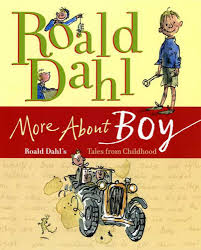 More About Boy is the expanded story of Roald Dahl’s childhood, with his original text augmented by never-before-seen material from behind the scenes, and some of the secrets that were left out.