Everybody is fighting in sixth-grader Maximilian’s world as his elderly aunts battle for the Queen Bingo trophy, his masked uncles wrestle for the tag-team title of the world, and his sweetheart and the “new girl” battle for Max’s heart.

Professor Rosa Medina, a folklorist researching the ChupaCabra, goes to Mexico to track down recent sightings of the creature which kills its victims, particularly goats, by sucking their brains out. 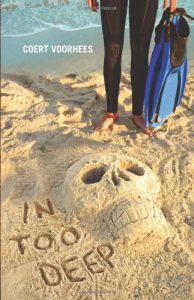 Persuaded by her teacher to seek Cortez’s long-lost treasure during a school trip to Mexico, Annie Fleet, master scuba diver and history buff, finds that her plans to get Josh to notice her are not the only thing in danger as rival treasure-hunters try to do away with her.

Migrant farmers and their families represent an ever-growing body of laborers around the world. They are used as cheap labor but most of them are not allowed to settle down, integrate into their host countries and become citizens with full rights. This is, of course, devastating to their children.

Among these groups are the Mennonites from Mexico, who originally went to Mexico from Canada in the 1920s. They speak “Low German” and though many are poor, they are an important part of the Mexican farm community. Because of free trade and the fact that Mexican farmers cannot compete with highly subsidized US farmers, they have been forced to come back to Canada — as migrant workers — in order to survive. Anna is the child of Mennonites from Mexico, who have come north to harvest fruit and vegetables. Sometimes she feels like a bird, flying north in the spring and south in the fall, sometimes like a jackrabbit in an abandoned burrow, since her family occupies an empty farmhouse near the fields, sometimes like a kitten, as she shares a bed with her sisters. But above all Anna wonders what it would be like to be a tree rooted deeply in the earth, watching the seasons come and go, instead of being like a “feather in the wind.”

A young Mexican American girl celebrates the paleta, an icy fruit popsicle, and the many roles it plays in her lively barrio.

Kat can think of dozens of good reasons not to go on a boring family vacation to hot, grungy Mexico. Number one: missing her friend Fiona’s minicamp. If she’s not there, she’ll begin eighth grade as a social reject. Despite her reluctance, Kat ends up on a teen adventure tour where she meets Nando, a young Mayan guide (who happens to be quite a cutie). As they travel to different Mayan ruins each day, Nando tells Kat his original legend of Muluc, a girl who lived in the time of the Ancient Maya. The dangerous, dramatic world in which Muluc lives is as full of rivalry, betrayal, and sacrifice as Kat’s world at school. And as she makes new friends and discovers treasures in Mexico, Kat begins to wonder: Is she willing to keep sacrificing her self in exchange for popularity?

Sleepovers are especially fun at a Mexican family’s house. 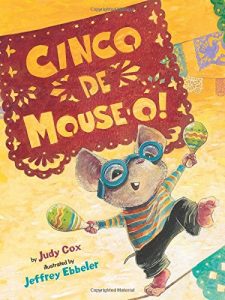 Yum! Yum! A delicious beany, cheesy smell wakes up Mouse. He follows his nose down the street to a Cinco de Mayo festival. There, high in a tree, he spies a magnifica pinata. If only Mouse could get just one piece of candy from it. But danger is everywhere, from the stomping feet of dancers to Cat, who is planning a holiday fiesta of his own with Mouse on the menu.