With haunting echoes of the current refugee crisis this beautifully illustrated book explores the unimaginable decisions made as a family leave their home and everything they know to escape the turmoil and tragedy brought by war.

When Harry Colebourn saw a baby bear at a train station, he knew he could care for it. Harry was a veterinarian. But he was also a soldier in training during World War I. Harry named the bear Winnie, short for Winnipeg, his company’s home town, and he brought her along to the military camp in England. Winnie followed Harry everywhere and slept under his cot every night. Before long, she became the regiment’s much-loved mascot. But who could care for the bear when Harry went to battle? Harry found just the right place for Winnie, the London Zoo. There a boy named Christopher Robin played with Winnie–he could care for this bear too!

Four years after Alfie Summerfield’s father left London to become a soldier in World War I, he has not returned but Alfie, now nine, is shining shoes at King’s Cross Station when he happens to learn that his father is at a nearby hospital being treated for shell shock. 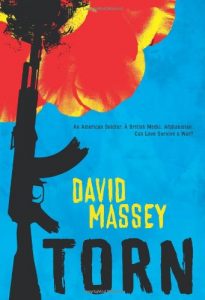 Only eighteen when she is sent to Afghanistan, British army medic Elinor Nielson is continually at odds with her hardnosed bunkmate, Heidi Larson, but connects with a mysterious Afghan girl and local children, as well as an American lieutenant. 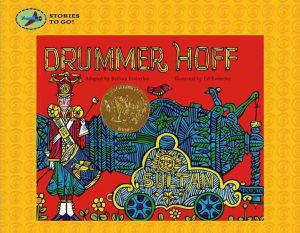 A cumulative folk song in which seven soldiers build a magnificent cannon, but Drummer Hoff fires it off.

Seventeen-year-old Tal Levine of Jerusalem, despondent over the ongoing Arab-Israeli conflict, puts her hopes for peace in a bottle and asks her brother, a military nurse in the Gaza Strip, to toss it into the sea, leading ultimately to friendship and understanding.

The wars in Iraq and Afghanistan have impacted the children of soldiers–men and women who have been called away from their families to fight in a faraway war. In their own words, some of these children describe how their experience has marked and shaped them.

ALA Best Books for Young Adults 2009 nominee On the 2009 USBBY list of Outstanding International Books White Pine nominee, 2009 On Resource Link’s “Best of 2008” List Teenagers Kevork and his betrothed Marta are the lucky ones. They have managed so far to survive the Armenian genocide in Turkey, and both are disguised as Muslims. But Marta is still in Turkey, pregnant with another man’s child. And Kevork is living as an Arab in Syria.Kevork yearns to get back into Turkey and search for Marta, but with the war raging and the genocide still in progress, the journey will be impossibly dangerous. Meanwhile, Marta worries that even if Kevork has survived and they are reunited, will he be able to accept what she has become? And what has happened to her sister, Mariam, who was sold as a slave to the highest bidder?Daughter of War is a gripping story of enduring love and loyalty set against the horrors of Turkey during World War I.

A brilliant, concise history of The War to End All Wars.In the decade leading up to 1914, Europe had never known such prosperity. But the times were not good enough for the continent’s most powerful nations: Germany wanted a navy that matched England’s; Russia wanted an army as large and as disciplined as Germany’s; the Austro-Hungarian Empire wanted more respect; and England felt compelled to teach the others about civilized relations. Meet the soldiers who fought the deadly battles along the Western Front. Follow the trail of flying ace Billy Bishop as he tangles in the air with the Red Baron. Learn the strategy of Britain’s Grand Fleet of warships as it heads into the biggest sea battle in history. 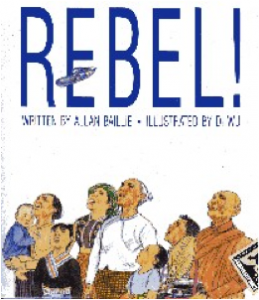 When the General marches into Burma to take over, one student is brave enough to rebel.