A sci-fi military thriller perfect for kids who love Halo and Call of Duty! February 2033. Things are not good. Recon Team Angel has been shut down, and if the alien forces manage to cross the frozen Bering Strait from Russia into Alaska, then humanity has lost the war. So far the aliens seem to be marshaling their resources, preparing for their invasion. But something isn’t right—at the control center, two Navy Seal teams have vanished without a trace. Did they lose their way on the ice? Or is something terrible happening? Recon Team Angel is secretly reinstated and authorized to investigate. What will they find in the frozen tundra? This could be their most chilling mission yet.

Martin is one of a handful of Templar Knights to escape when the king of France and the pope conspire to destroy the noble order. The king aims to frame the Templars for heresy, execute all of them, and make off with their legendary treasure. That’s the plan, anyway, but Martin and several other surviving knights mount a counter-campaign to regain the lost treasure of the Knights Templar. 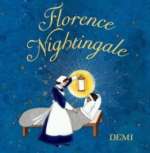 Florence Nightingale revolutionized the world of medicine by emphasizing cleanliness, food that was hot and nutritious, and organization in hospitals. What began as an attempt to make army hospitals safer and more effective became a lifelong mission, and remains relevant today. This new picture book biography of Florence Nightingale, from celebrated author and artist Demi, beautifully portrays the story of Florence’s life and explores the long-lasting effects of her career. 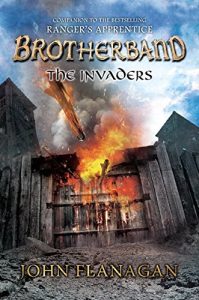 “Hal and the other Herons face many perils as they track down the pirates who stole Skandia’s most prized artifact, the Andomal”–

CHERUB agents are highly trained, extremely talented–and all under the age of seventeen. For official purposes, these agents do not exist. They are sent out on missions to spy on terrorists, hack into crucial documents, and gather intel on global threats—all without gadgets or weapons. It is an extremely dangerous job, but these agents have one critical advantage: adults never suspect that teens are spying on them. In THE DEALER, James is on his most daring mission yet: to smack down the world’s most powerful drug lord. It means hitting the streets, where the dealers work.

More than two hundred years ago, Boston belonged to the British. George was a drummer boy with the King’s soldiers there. He wanted to be friends with the people of Boston. But they did not like the soldiers. They shouted and threw things at them.
One night, George and the other soldiers were sent on a secret mission. They crossed the river and headed toward Concord. George had no idea that this was the start of the American Revolution. 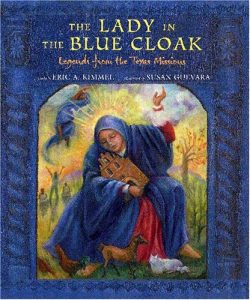 For each Texas mission, there is a rich and complicated history. In the title story, from Mision de San Francisco de los Tejas, a mysterious woman in blue visits the Teas people to prepare them for the missionaries\’ arrival. In \”Rosa\’s Window\” and \”The Bell\” the love and grief of two couples torn apart in the making of the Mision de San Jose y San Miguel de Aguayo manifest themselves in the very edifices of the mission. The Mision de Nuestra SEnora de la Purisma Concepcion de Acuna, named for and dedicated to the Blessed Virgin Mary, was the scene of a remarkable salvation as the Teas workers tried to escape the heated pursuit of the Comanches in \”The Miracle at the Gate.\” Here Kimmel gracefully retells these and other powerful legends behind four of th missions, each enhanced by a beautifully evocative painting by Susan Guevara.

The strong friendship between two boys, one black and one white, who live on a mission in Rhodesia (now Zimbabwe), begins to unravel as protests against white colonial rule intensify in 1964.