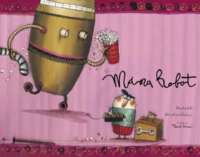 A robot mom would be fun to have. It would never make you clean your room or eat your vegetables. It would do whatever you wanted it to, even your homework. But does a robot mom know how to cuddle you like your real mom? Could a robot mom give you hugs and kisses just like Mom does? Mama Robot is a testament to mothers around the world as a young boy discovers what motherhood is really about, and what makes his mama so special. 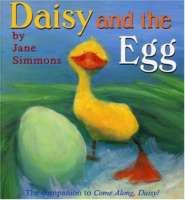 Mama Duck and Aunt Buttercup are sitting on a new egg and Daisy is eagerly awaiting the arrival of her new brother or sister. Days pass, and Daisy waits and waits…until she finally awakened by a “Pip! Pip! Pip!” 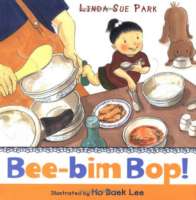 Bee-bim bop is a traditional Korean dish of rice mixed with meat and vegetables. In bouncy rhyming text, a hungry child tells about helping her mother make bee-bim bop: shopping, preparing ingredients, setting the table, and finally sitting down with her family to enjoy a favorite meal. The energy and enthusiasm of the young narrator are conveyed in the whimsical illustrations, which bring details from the artist’s childhood in Korea to his depiction of a modern Korean American family. 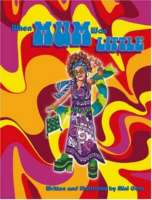 Psychedelic colors fill the pages and bring to life the peculiar world that was 1969. 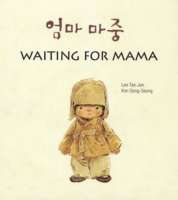 This tender story was first published in a newspaper in 1938. This tale from Korea is universal–a small child waits for Mama at the station, asking the conductor if he has seen her. The conductor hasn’t, but cautions the child to wait a little farther from the tracks. It is cold and snowy but the child waits patiently until finally Mama comes.

It is an English-Korean bilingual picture book. The Korean edition book is also available.

Read more about Waiting for Mama in WOW Review. 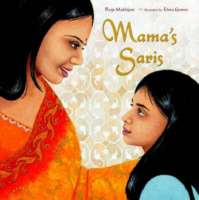 When a young girl eyes her mother’s suitcase full of silk, cotton and embroidered saris, she decides that she, too, should wear one, even though she is too young for such clothing. When the mother finally realizes how important it is for her little girl to feel like a big girl on her seventh birthday, she dresses up her daughter in the folds of a blue sari. The daughter is thrilled to look just like her mother, even if only for a day. 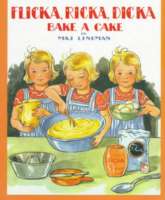 Flicka, Ricka, and Dicka were three little girls who lived in Sweden. They had blue eyes and yellow curls, and they looked very much alike.When they decided to bake a surprise cake for their mother’s birthday, their friend Aunt Betty helped them. She told them how to make Mother’s favorite cake, and she watched them put it in the oven.”Remember — your cake should bake just half an hour, ” Aunt Betty told the girls as she went out.What happen after that surprised everyone!

This story was originally published in the United States in 1955, Flicka, Ricka, Dicka Bake a Cake was one of a series of treasured books created by Swedish author-artist Maj Lindman (1886-1972). She also wrote and illustrated stories about three little Swedish boys, Snipp, Snapp, and Snurr.

Six years ago, when Declan Steeple was 10 and his sister was just a baby, his mother, Lindy, disappeared, searching for something better than the dusty family estate with its generations of clutter and memory. Now the Steeples live in a modern split-level down the hill from the Big House, but the mansion is still there, filled with a past that hides secrets. When a local man is found dead in the house, memories of Lindy and her unhappiness living there suddenly become a pressing weight on Dec, compounded by the fact that he and his sister were the ones to discover the body. The teen feels lost and suspicious; his father seems to be hiding something and Dec realizes how much has never been discussed.

Andrei and Vova set out in the great city of St. Petersburg to find Andrei’s mama.