What do you do when a piano shows up in your yard? Take a cat-nap? Use it as a coffee table? What’s a band to do when one of its instruments goes missing? And what does a yellow sock have to do with anything? Join Filippa and friends in a whacky adventure when they wake up to find a piano in the front yard. 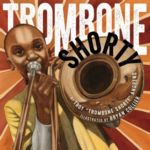 Hailing from the Tremé neighborhood in New Orleans, Troy “Trombone Shorty” Andrews got his nickname by wielding a trombone twice as long as he was high. A prodigy, he was leading his own band by age six. 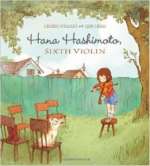 In this beautifully written picture book, Hana Hashimoto has signed up to play her violin at her school’s talent show. The trouble is, she’s only a beginner, and she’s had only three lessons. Her brothers insist she isn’t good enough. “It’s a talent show, Hana,” they tell her. “You’ll be a disaster!” Hana remembers how wonderfully her talented grandfather, or Ojiichan, played his violin when she was visiting him in Japan. So, just like Ojiichan, Hana practices every day. She is determined to play her best. When Hana’s confidence wavers on the night of the show, however, she begins to wonder if her brothers were right.

Join the discussion of Hana Hashimoto, Sixth Violin as well as other books sharing “What/who empowers young children in their lives?” on our My Take/Your Take page.

“Orphan Nicolo Zen is all alone in 1700s Venice, save for his clarinet, enchanted by a mysterious magician to allow its first player to perform expertly. Soon Nicolo is a famous virtuoso, wealthy beyond his dreams, but he can’t stop wondering if he earned the success — or the girl he met in Venice is safe from the harm”–

Photographs from around the world celebrate the universal joy that kids get from making music, whether they’re playing instruments, clapping their hands, stomping their feet, or singing.

Every musician knows that learning to play an instrument has its challenges and its rewards. There’s the embarrassing first day of rehearsal, but also the joy of making friends in the orchestra. There’s dealing with a slippery concert dress or simply getting swept up in the music. The twelve children in this book are just like any other musicians practicing their instruments and preparing for a concert. But what sets these music lovers apart is that they all play traditional Chinese musical instruments in a Chinese orchestra.

An old musician, who has gained more and more recognition for his playing on different instruments, sets out for the King’s music competition and eventually winds up back home with a knowledge of what he really wants. 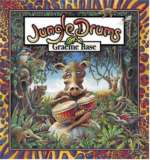 Tired of being teased, Ngiri, the smallest warthog in Africa, uses a set of magic drums to make wishes, but he is not careful enough and makes the rift between the Warthogs and the beautiful Other Beasts even worse. 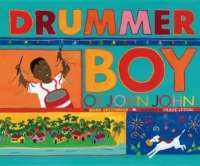 A story inspired by events in the boyhood of Winston “Spree” Simon, a pioneer in the development of the steel drum, in which he discovers he can create tunes by banging on discarded cans. Includes author’s note, glossary, and sources.