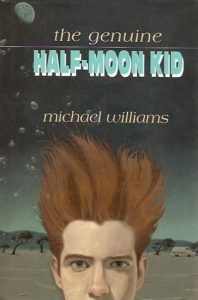 To escape South Africa’s turmoil, recent high-school graduate Jay Watson begins a journey that gives him new purpose, connected to the mysterious contents of a box that had belonged to his grandfather. By the author of Crocodile Burning.

After being saved from a disastrous landslide by an extraordinary goat that blocks their usual way to school, twins Pollyread and Jackson, living with their parents high in the mountains of Jamaica, find the strange goat reappearing at crucial intervals as their day-to-day life is changed by series of mysterious events involving the return of a local troublemaker and secrets from their family’s past.

To the outside world, Tom Pryne is an orphan traveling Elizabethan England with his uncle-s theater troupe. In actuality, -Tom- is Viola, in disguise because her parents- Catholic sympathies have put them at odds with the law and forced them into hiding. When the troupe arrives in the sleepy little town of Stratford-on-Avon, Viola-s uncle is arrested for murder, and she joins forces with young Will Shakespeare, a local boy with a penchant for trouble and a smart turn of phrase, to uncover the real culprit.

In a seaside town of sandy beaches and ocean breezes, Sapphy has never felt so far from the sea. The crowded shore at St. Pirans is nothing like the cove at Sapphy’s old home, where she first found her way into the underwater world of Ingo. But Ingo’s pull is strong, and it always finds a way. Soon Sapphy and her brother, Conor, are swimming beneath the waves again, riding the currents and teasing their Mer friend Faro. As Sapphy goes deeper into Ingo, she learns to feel more at home in the sea – even as she begins to be aware of its dangers. There’s the danger of going in too deep, and breaking the delicate balance between Sapphy’s life on land and her life in Ingo. There’s the mysterious disappearance of Sapphy’s father, an experienced sailor who should never have drowned. And then there’s Ingo itself – a restless power as old as the world, as strong as the tides, and more dangerous than anything Sapphy has ever known.

THE FINCH FAMILY did not know that five refugees landed from Africa on the day they went to the airport to welcome the family sponsored by their church. The Finch family only knew about the four refugees they were meeting – Andre, Celestine, Mattu, and Alake – mother, father, teenage son and daughter.

Soon Jared realizes that the good guys are not always innocent, and he must make a decision that could change the fate of both families. This story presents many points of view and a fresh perspective on doing the right thing.

Asking questions in Ash Harbor can get you killed. Sol Wheat is asking a lot of questions . . . especially after his father vanishes and is accused of murder. Outside the huge domed city, an Ice Age has transformed Earth into an Arctic desert. But inside, the Machine, protected by the Clockworkers—a fearsome police organization—has become the source of the city’s energy and a way for industrial leaders to wield enormous power. When a rogue organization begins posting messages warning of the Machine’s impending failure, civil unrest grows. As Sol begins to uncover the city’s deepest secrets, the Clockworkers start targeting him. Now he’s on the run in Ash Harbor’s underground, where gangs rule and danger lurks in every corner. His life and the survival of Ash Harbor are both at risk. In Oisín McGann’s thrilling adventure, only the truth can help Sol Wheat escape the darkness.

Pin Carpue is on his own in the world. His mother is dead and his father is missing after being labeled a suspect in a rash of murders.  Pin finds a job working for the local undertaker as a body watcher, making sure people are really dead before they’re buried. The body he’s supposed to be watching tonight is currently surrounded by three people engaged in a most unusual ceremony. An old man, a bone magician, and his young female assistant are waking a woman so her grieving fiancé can have one last goodbye with her. Pin can’t believe it will work, but then the dead woman sits up and speaks.Pin is determined to discover how the magic works.  He cannot believe they are raising the dead. He cannot believe his father is a murderer. Then Pin himself nearly becomes the killer’s next victim.As this mysterious tale unfolds with delicious creepiness, Pin will learn more about the bone magician, the girl Juno, and a hideous creature called the Gluttonous Beast that is kept in a local tavern where people pay for a glimpse.Once again, F.E. Higgins delivers a story that is full of intrigue and suspense.

MYSTERY, DISGUISES, AND A FIGHT FOR FREEDOM.

The second episode in the CAT ROYAL ADVENTURE series plunges readers into the underbelly of London in a mission for justice. Pedro’s old slave master wants him back, but his friends on Drury Lane won’t give him up without a fight. Disguised as a boy, Cat enters an aristocratic boarding school and scales the heights of London society before joining a street gang to probe its depths, all to secure the freedom of her friend. Like THE DIAMOND OF DRURY LANE, CAT AMONG THE PIGEONS features mysteries, theatrical spectacles, the evil Billy “Boil” Shepherd, and, of course, the irrepressible Cat, who never fails to stir up trouble and save the day wherever she goes. Coming in Spring 2009, Cat travels to Paris during the French Revolution in DEN OF THIEVES.

Margo Lanagan’s short stories take place in worlds not quite our own, and yet each one illuminates what it is to be human. They are stories of yearning for more, and learning to live with what you have. 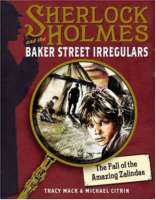 This series provides a unique new twist on Sherlock Holmes by having him assisted by a band of devoted boys, street urchins who love to solve mysteries, called the Baker Street Irregulars. These boys go everywhere, see everything, overhear everyone undetected.  In this exciting tale, Wiggins, Ozzie, Simon, and the rest–with the aid of Pilar, a gypsy girl–help Sherlock Holmes solve the case of the deaths of the Amazing Walendas,  a family of circus tightrope walkers.