Seek life. Chache Lavi. That’s what Paulie’s uncle says they must do. But to seek life, Paulie and her family have to leave Haiti-the only home that Paulie has ever known. Since forever, Paulie has run in and out of the little houses nestled under the palms, smelling cocoa-bread and playing on the beach with her best friend Karyl. But now the little houses are gone. Their wood has been made into boats-boats used to escape Haiti.Paulie wants to stay and fight-to change Haiti into a better place to live. She wants to talk to the reporters and bravely tell the truth, like Karyl’s brother, Jean-Desir. But the macoutes come with their guns and knives to stop them. And they do something so terrible that Paulie must face the truth: before the soldiers come back, they must all leave-tonight, by sea. 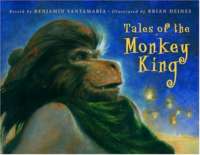 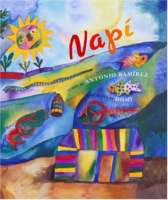 Napí is a young Mazateca girl who lives with her family in a village on the bank of a river in the Mexican state of Oaxaca. Each afternoon the family sits beneath the shade of a huge ceiba tree and listens to the grandfather’s stories. As Napí listens, she imagines different colors — orange, purple, violet, and green. When night comes, the trees fill with white herons settling on their branches. The ceiba tree sends Napí dreams every night, and in her favorite one, she becomes a heron, gliding freely along the river. Domi’s vibrant palette and magical illustrations perfectly complement this imaginative story.

A riveting tale about love and sacrifice by a National Book Award winner. The Disappeared. Los desaparecidos. This is the name given to those who opposed Argentina’s dictatorial government and were kidnapped to ensure their silence. With her hometown of Buenos Aires ensconsced in the political nightmare, Silvia devises a plan to save her missing brother. She’ll make Norberto, son of the general who arrests dissenters, fall in love with her–and he’ll have his father set Eduardo free. Told in alternating chapters, this powerful and poetic story follows Silvia as she spirals into Norberto’s world, and Eduardo as he struggles to endure physical and emotional torture. Will Silvia’s scheme reunite her family? Or will the pursuit of freedom cost these devoted siblings their lives?

A girl’s bedside toys go to great lengths to keep her safe at night while she is asleep.

Wanting to keep his sister safe from all the elements that could do her harm, like monsters and beasts, young Ben fearlessly takes on all the challenges of the day to complete his task and live up to his courageous reputation.