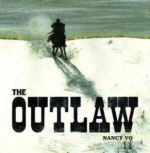 In this spare and powerful story set in the Old West, people in a small town live in constant worry of another visit from the Outlaw. Then the Outlaw suddenly and mysteriously disappears. Time passes, and one day a stranger rides into town. He takes it upon himself to fix everything that is in disrepair — the clapboard schoolhouse, the train station platform. He even builds a horse trough. But when someone recognizes him as the Outlaw, the crowd turns on him. It takes the courage of a small boy to change the course of events.

Sitting tall in the saddle, with a wide-brimmed black hat and twin Colt pistols on his belt, Bass Reeves seemed bigger than life. Outlaws feared him. As a deputy U.S. Marshal and former slave who escaped to freedom in the Indian Territories Bass was cunning and fearless. When a lawbreaker heard Bass Reeves had his warrant, he knew it was the end of the trail, because Bass always got his man, dead or alive. He achieved all this in spite of whites who didn’t like the notion of a black lawman.For three decades, Bass was the most feared and respected lawman in the territories. He made more than 3,000 arrests, and though he was a crack shot and a quick draw, he only killed fourteen men in the line of duty. Bad News for Outlaws reveals the story of a remarkable African American hero of the Old West.

An accidental encounter with a thorn bush on his way to the spring dance has Davy Crockett kicking up his heels and out-dancing even the audacious Miss Sally Ann Thunder Ann Whirlwind. 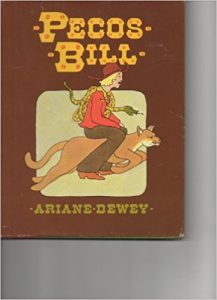 Retells in verse the tale of the extraordinary cowboy who was raised by coyotes, married Sluefoot Sue, and rode the wild rapscallion mustang stallion named Widowmaker.