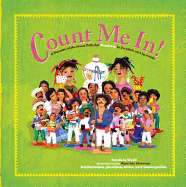 Practice your numbers in English and Spanish when you count the beautiful dancers, playful musicians, and happy children of Oaxaca as the Guelaguetza parade goes by! Pronounced Gal-a-get-zah, the lively celebration—full of traditional dancing and music—takes place every July deep in the heart of southern Mexico. ONE band leader with a big white balloon! DOS hombres with firecrackers! THREE musicians! FOUR giants! All exquisitely handcrafted by the Mexican folk art masters Guillermina, Josefina, Irene, and Concepción Aguilar, in collaboration with author and scholar Cynthia Weill. Bienvenidos!Welcome to the parade!

Naty is excited to be dancing in the fiesta parade, until she gets lost in the city streets and cannot find the parade again.

The Caldecott Honor-winning author of The Village of Round and Square Houses offers an inspirational tale, featuring her own exuberant illustrations, about a brave Mayan boy who leads his village’s New Year’s Day parade, even though he is weak and hungry.

The authors recount how the trained elephants of southern India, in particular the one chosen to be the lead elephant in the Mysore Dasara, are raised, cared for, and prepared for performing in ceremonial processions.