Jess is grieving for her beloved aunt, and when she finds a mysterious flask hidden in a antique bureau that belonged to Aunt Edie on the same day that her conjoined twin brothers are born, she begins to believe that the flask is magic and that their survival depends on it.

Eighteen-year-old identical twins Alice and Rachel have always shared a very special bond, so when one is abducted the other uses their connection to try to locate her.

Lily. A woman with power to heal, but no powers of speech. Then she meets a mage—a man who can hear the words she forms only in her mind. Will he help her find her voice?Ruen. A princess whose uncle leaves her deep in a cave to die at the hands of a stagman. But when she meets the stagman at last, Ruendiscovers fatehas a few surprises in store for her.Erana, As a baby, she is taken be a witch in return for the healing herbs her father stole from the witch’s garden. Raised alongsidethe witch’s troll son, Erana learns that love comes in many forms. Coral. A beautiful young newcomerwho catches the eye of an older widowed farmer. He can’t believe his good fortune when Coral consents to be his wife. But then the doubts set in—what is it that draws Coral to Butter Hill?Annabelle. When her family moves, the summer befre her junior year of High School, Annabelle spends all her time in the attic of their new house–until she finds the knot in the gain which leads her on a magical mission. 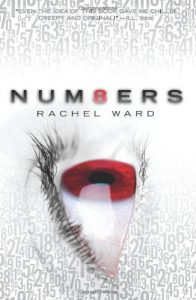 A paranormal thriller from Carnegie Medal–winner Tim Bowler! It starts with a phone call. “I’m dying,” a voice tells Dusty. Who is he and how has he gotten her cell number? Dusty wants no part of this strange boy . . . until he begins saying things that only someone who knows her intimately could say—things that lead her to think he knows the whereabouts of her brother, who disappeared over a year ago. Suddenly drawn in, Dusty very much wants to save this boy. Trouble is, she cannot find him. Part human, part spirit, he won’t let himself be found. He is too dangerous, he says. There are mobs of people who agree and who want to see this boy dead . . . and who will hurt anyone who stands in their way. A gripping, hair-raising mystery about a boy not of this world, and a girl determined to protect him.