Asking For It is a powerful story about the devastating effects of rape and public shaming, told through the awful experience of a young woman whose life is changed forever by an act of violence.

Sixteen-year-old Lucy, living in the shadow of her violent father, experiences a night of tenderness, danger, and revelation as she and Jake, her fifteen-year-old neighbor, search for a legendary wolf in the Australian outback. 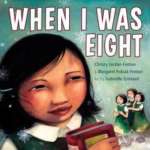 Olemaun is eight and knows a lot of things. But she does not know how to read. Ignoring her father’s warnings, she travels far from her Arctic home to the outsiders’ school to learn. The nuns at the school call her Margaret. They cut off her long hair and force her to do menial chores, but she remains undaunted. Her tenacity draws the attention of a black-cloaked nun who tries to break her spirit at every turn. But the young girl is more determined than ever to learn how to read.

Gemma, 16, is on layover at Bangkok Airport, en route with her parents to a vacation in Vietnam. She steps away for just a second, to get a cup of coffee. Ty–rugged, tan, too old, oddly familiar–pays for Gemma’s drink. And drugs it. They talk. Their hands touch. And before Gemma knows what’s happening, Ty takes her. Steals her away. The unknowing object of a long obsession, Gemma has been kidnapped by her stalker and brought to the desolate Australian Outback. STOLEN is her gripping story of survival, of how she has to come to terms with her living nightmare–or die trying to fight it.

Within Cole Matthews lie anger, rage and hate. Cole has been stealing and fighting for years. This time he caught Alex Driscal in the, parking lot and smashed his head against the sidewalk. Now, Alex may have permanent brain damage’and Cole is in the Biggest trouble of his life.

Cole is offered Circle Justice: a system based on Native American traditions that attempts to provide healing for the criminal offender, the victim and the, community. With prison as his only alternative, Cole plays along. He says he wants to repent, but in his heart Cole blames his alcoholic mom his, abusive dad, wimpy Alex — everyone but himself — for his situation.

Cole receives a one-year banishment to a remote Alaskan island. There, he is mauled by Mysterious white bear of Native American legend. Hideously injured, Cole waits for his death His thoughts shift from from Anger to humility. To survive, he must stop blaming others and take responsibility for his life. Rescuers arrive to save Cole’s but it is the attack of the Spirit Bear that may save his soul.

Ben Mikaelsen paints a vivid picture of a juvenile offender, examining the roots without absolving solving him of responsibility for his actions, and questioning a society in which angry people make victims of their peers and communities. Touching Spirit Bear is a poignant testimonial to the power of a pain that can destroy, or lead to healing

/”Hartnett again captures the ineffable fragility of childhood in this keenly observed tale.\” — PUBLISHERS WEEKLY (starred review)Nine-year-old Adrian watches his world closely, but there is much he cannot understand. He does not, for instance, know why three neighborhood children might set out to buy ice cream one summer’s day and never be seen again. . . . In a suburb that is no longer safe and innocent, in a broken family of self-absorbed souls, Sonya Hartnett sets the story of a lone little boy — unwanted, unloved, and intensely curious — a story as achingly beautiful as it is shattering.