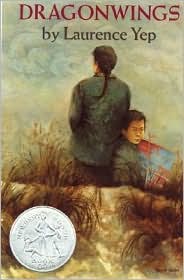 Moon shadow is eight years old when he sails from China to join his father, Windrider, in America. Windrider lives in San Francisco and makes his living doing laundry. Father and son have never met, but Moon Shadow grows to love and respect his father and to believe in his wonderful dream. And Windrider, with Moon Shadow’s help, is willing to endure the mockery of the other Chinese, the poverty, the separation from his wife and country — even the great earthquake — to make his dream come true.

Chosen from millions of children to serve in Mao’s cultural revolution by studying at the Beijing Dance Academy, Li knows ballet would be his family’s best opportunity to escape the poverty in his rural China home. From one hardship to another, Li perseveres, never forgetting the family he left behind. 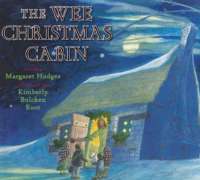 All her life Oona dreams of having a cabin of her own. Since she has no family, she moves from cabin to cabin, helping wherever there is trouble or need. But when the Great Famine comes and the last of the potatoes is eaten, Oona knows that no one will want another mouth to feed. On a snowy Christmas Eve, she bids a silent farewell to the village and sets out. Much to her surprise, the magic of a white Christmas awaits her, as do hundreds of fairies who have been keeping watch over Oona since the day she was born.

When Mehmet and his family leave their small Turkish village to seek a better life in Ankara, they find themselves living in poverty, but an encounter with a streetwise orphan and his own determination give Mehmet the courage to find a way out.

The author of So Far from the Bamboo Grove continues her semi-autobiographical fiction, describing the hardships, poverty, tragedies, and struggles of life for her and her two older brother and sister, living in post-World War II (1947) Japan.

Cameron and Ruben Wolfe come from a family clinging to the ragged edge of the working class. To make money, the boys hook up with a sleazy fight promoter who sees something marketable in the untrained brothers¹ vulnerability. But the Wolfe brothers are fighting for more than tips and pay-off money. It soon becomes a fight for identity, for dignity, and for each other.

Eduardo F. Calcines was a child of Fidel Castro’s Cuba; he was just three years old when Castro came to power in January 1959. After that, everything changed for his family and his country. When he was ten, his family applied for an exit visa to emigrate to America and he was ridiculed by his schoolmates and even his teachers for being a traitor to his country. But even worse, his father was sent to an agricultural reform camp to do hard labor as punishment for daring to want to leave Cuba. During the years to come, as he grew up in Glorytown, a neighborhood in the city of Cienfuegos, Eduardo hoped with all his might that their exit visa would be granted before he turned fifteen, the age at which he would be drafted into the army. In this absorbing memoir, by turns humorous and heartbreaking, Eduardo Calcines recounts his boyhood and chronicles the conditions that led him to wish above all else to leave behind his beloved extended family and his home for a chance at a better future.

Two sisters, Jeannie and Sarah, tell their separate yet tightly interwoven stories in alternating narrative poems. Each sister–Jeannie, who leaves Scotland during the Highland Clearances with her father, mother, and the younger children, and Sarah, who hides so she can stay behind with her grandmother–carries a length of the other’s hair braided with her own. The braid binds them together when they are worlds apart and reminds them of who they used to be before they were evicted from the Western Isles, where their family had lived for many generations.

An author’s note describes the poetic form in detail.

Featured in Vol. I, Issue 4 of WOW Review.

At the age of fourteen, Francisco Jiménez, together with his older brother Roberto and his mother, are caught by la migra. Forced to leave their home, the entire family travels all night for twenty hours by bus, arriving at the U.S. and Mexican border in Nogales, Arizona. In the months and years that follow, Francisco, his mother and father, and his seven brothers and sister not only struggle to keep their family together, but also face crushing poverty, long hours of labor, and blatant prejudice. How they sustain their hope, their goodheartedness, and tenacity is revealed in this moving sequel to The Circuit. Without bitterness or sentimentality, Francisco Jiménez finishes telling the story of his youth.