Amidst light, shadow, and magic emerge the drama of a king’s decision, an angry thirteenth fairy, a prince undaunted by a wall of brambles, and a lovely princess, fast asleep. For at that moment, a thicket of briars grew tall and wide around her court and castle, enveloping it with mystery. A legend began to spread.

So goes the pronouncement of Cinderella’s fairy godmother as the ragged maiden, now magically transformed into a ravishing beauty, climbs into her magnificent coach and sets off for the prince’s ball.

Four more much-loved fairy tales leap to life in this series of lively retellings. With the help of her fairy godmother, a kitchen maid mistreated by her stepmother and stepsisters attends the palace ball where she meets the prince of her dreams. 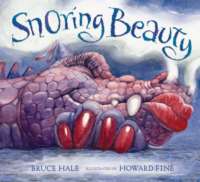 An Adaptation of the traditional tale, featuring a sleeping, snoring princess who is rescued by a prince after being cursed by a bad fairy. 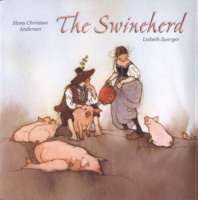 Lisbeth Zwerger, winner of the 1990 Hans Christian Andersen Medal, brings her distinctive talent to this classic Andersen fairy tale of a foolish Prince who seeks to marry the Emperor’s daughter, and the even more foolish Princess who fails to recognize his true worth. When the Princess refuses him, he disguises himself as a swineherd and plays her favorite songs. By the time she warms up to him it’s too late; he reveals his true identity and leaves her all alone.

Petra Kronos has a simple, happy life. But it’s never been ordinary. She has a pet tin spider named Astrophil who likes to hide in her snarled hair and give her advice. Her best friend can trap lightning inside a glass sphere. Petra also has a father in faraway Prague who is able to move metal with his mind. He has been commissioned by the prince of Bohemia to build the world’s finest astronomical clock. Petra’s life is forever changed when, one day, her father returns home – blind. The prince has stolen his eyes, enchanted them, and now wears them.

Petra doesn’t know, but she knows this: she will go to Prague, sneak into Salamander Castle, and steal her father’s eyes back. Joining forces with Neel, whose fingers extend into invisible ghosts that pick locks and pockets, Petra finds that many people in the castle are not what they seem, and that her father’s clock has powers capable of destroying their world.

Tom O’Connor, a poor, adventurous boy lives with his mother and half sister at a tavern on the island of Nevis in 1639. He rescues a slave from drowning, learns he is prince, loses him, travels the Southern Hemisphere in search of him, and finally brings him home to Cape Verde, hoping for a grand reward. But by the time Tom discovers that the prince is really a fisherman’s son, the loss of reward doesn’t matter-his adventures have brought him no use for greed, and as he says, “a reckless regard for other people’s life and well-being.”