Journeyman toymaker Stefan Drosselmeyer is recruited by his mysterious cousin, Christian, to find a mythical nut that will save Boldavia’s princess and his own kidnapped father from a fanatical Mouse Queen and her seven-headed Mouse Prince, who have sworn to destroy the Drosselmeyer family.

“Rawwwwk! Reader!” screams an orange bird. “Booook open!” groans a frog. Then the sky lifts away and the enormous face of a child peers down into Sylvie’s storybook world. At last, a reader again! Sylvie has been a twelve-year-old princess for more than eighty years, ever since the book she lives in was first printed. She’s the heroine, and her story is exciting — but it’s always exciting in the same way. That’s the trouble. Sylvie has a restless urge to explore, to accomplish a Great Good Thing beyond the margins of her book. This time, when the new face appears, Sylvie breaks the rule of all storybook characters: Never look at the Reader. Worse, she gets to know the reader, a shy young girl named Claire, and when Claire falls asleep with the book open, Sylvie enters her dreams. After a fire threatens her kingdom, Sylvie rescues the other characters, taking them across the sea in an invisible fish that rolls up like a window shade when it’s out of water. For years they all live, royalty and rogues, in Claire’s subconscious — a surprising and sometimes perilous place. In this new land, Sylvie achieves many Good Things, but the Greatest, like this dazzling book, goes far and deep, beyond even her imaginings.

In this fairy tale, loosely based on English and Scottish lore, feisty Princess Rosamond, who prefers good books to good looks, risks her throne and all her wealth to save her father’s life.

Far from the Realm of Faerie, a quest to save immortality . . . A deadly plague is sweeping through Faerie, and no one is immune to its bite. Now, with the guidance of the Dream Weaver, Tania, Rathina, and a mortal ally, Connor, must head off to find the Divine Harper—the only one who can help Tania renew the Faerie Covenant of Immortality. Their quest will soon take them outside the borders of Faerie, to hostile and unwelcoming lands beyond. On their travels, Tania and her companions encounter danger at every turn as they battle pirates, contend with mysterious and mystical beings, and try to outwit those under the sinister grip of the Dark Arts. But when Tania’s beloved Edric appears, it looks as if they have help at last. Or do they? As tensions and dangers rise, Tania is forced to question everything and everyone around her in order to decide if she is prepared to make the ultimate sacrifice to save her loved ones. 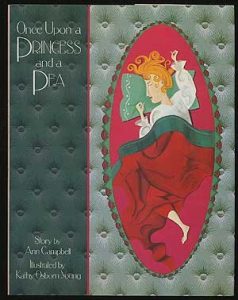 Illustrated and told from a fresh point of view, Once Upon a Princess and a Pea opens a door to a 19th century classic with a 20th century kick. The brilliant, flamboyant illustrations set the stage for this humorous retelling in an art-deco-inspired fantasy world. In this version, the princess’s fate hinges on the importance of being true to herself. Full color. 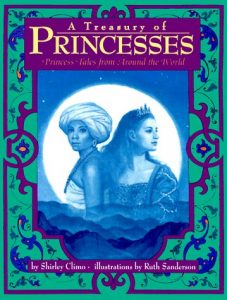 From the Mayan people of Central America to the Xhosa people of Southern Africa, from the ancient mythology of China to the legendary Arabian Nights, every culture across the globe has its princesses. The princesses themselves may be as diverse as the lands they represent, but rich or poor, vain or wise, brave or spoiled, they have one thing in common: they all live happily ever after. Selected from world folklore and presented in a richly designed, elegantly illustrated volume, this lavish gift book is the definitive gathering of princess lore.

“How dare these authors put us in a book? Believe me, I’m going to give them a piece of my mind.” It was a good idea, Coren told himself. Assuming, of course, that Lenora could actually find a piece of her mind that they didn’t already have in their possession. Suddenly transported against their will, the Princess Lenora and her fiancé, Prince Coren, find themselves in a strange place — bone-chilling cold and snow outside, garish marketplaces and angry people inside. The inhabitants call it the city of Winnipeg. Lenora and Coren, however, have no idea where it is or why they are there. They can’t return home because, yet again, their imaginitive powers have deserted them. The Winnipeggers refuse to believe Lenora and Coren are who they say they are. Strangely enough, though, they have read about Lenora and Coren in a series of fantasy novels by the authors Carol M. and Perry N. But just who created whom, Lenora and Coren wonder. And how will they ever manage to escape this frightening city, worse than their worst nightmare, so that their long-awaited wedding can finally take place? 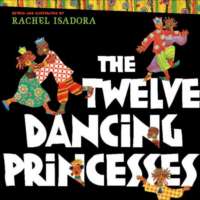 A magic cloak. A hidden passage. A secret underground world beyond imagining. Night after night, the princesses mysteriously wear out their shoes. But how are they doing it? The baffled king promises a great reward to any man who can solve the mystery. From the colorful flurry of the princesses’ dressing room to a captivating nighttime scene on an underground lake, Rachel Isadora has revitalized and reimagined this well-loved Brothers Grimm fairy tale by bringing the story of the twelve princesses to Africa. Her collage of blazing colors, rich textures and dramatic shapes evoke the patterns and palette of this beautiful continent. Returning to the lush setting of The Princess and the Pea, the unique presentation of this classic tale is sure to enchant readers with its vibrant imagery.

The lord of Laughter, the Monarch of Mirth–if only the bumbling 17-year-old Sebastian Darke could be a successful jester like his father. The problem is Sebastian’s not funny. But after his father’s death, with no choice but to beg in the streets, the half-human, half-elf teen sets off with Max, his father’s slightly cynical Buffalope, to offer his services as a jester to King Septimus of Keladon. On the way they meet Captain Cornelius Drummel, small in stature, but the fiercest of fighters. The three rescue the fair princess Kerin, who’s being held captive by brigands, and happily escort her home. If only Sebastian knew the kidnapping was engineered by the evil King Septimus! 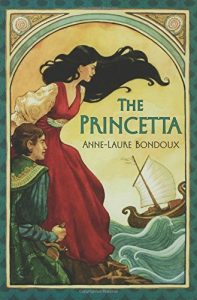 Rebelling against the rigid constraints of her life as Princetta of Galnicia, fifteen-year-old Malva escapes with her maid Philomena and together they embark on a perilous and adventurous journey that will change the course of their lives forever.