Serving a sentence in a prison in Mexico, Libertad González finds a clever way to pass the time with the weekly Library Club, reading to her fellow inmates from whatever books she can find in the prison’s meager supply. The story that emerges, though, has nothing to do with the words printed on the pages. She tells of a former literature professor and fugitive of the Mexican government who reinvents himself as a trucker in the United States.

While awaiting his parents’ release from jail, fourteen-year-old Max Murphy is sucked into yet another scheme of the Maya Death Lords that sends him on a quest to the United States. Failure could mean the end of the world again. 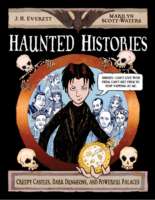 Guided by tween “ghostorian” Virgil, readers will discover fascinating facts about calamitous events throughout history as they explore castles, palaces and dungeons and those infamous figures associated with each.  For instance, did you know that many castles were made out of wood painted to look like stone? Or that wealthy prisoners in the Tower of London could keep servants? The book is chock-full of details that kids will find intriguing–dungeon life for prisoners, methods of turture, and even the most popular methods of poisoning enemies. So join Virgil and the other ghostly inhabitants for an historical adventure on the dark side.

Alex Sawyer has escaped his underground nightmare to discover that the whole world has become a horrible prison run by his nemesis, Alfred Furnace, and only Alex can stop him, even if that makes him the executioner.

Six months after the events of September 11, 2001, Khalid, a Muslim fifteen-year-old boy from England, is kidnapped during a family trip to Pakistan and imprisoned in Guantanamo Bay, Cuba, where he is held for two years suffering interrogations, water-boarding, isolation, and more for reasons unknown to him.

Alex’s second attempt to break out of Furnace Penetentiary has failed. This time his punishment will be much worse than before. Because in the hidden, bloodstained laboratories beneath the prison, he will be made into a monster. As the warden pumps something evil into his veins–a sinisterly dark nectar–Alex becomes what he most fears a superhuman minion of Furnace. How can he escape when the darkness is inside him? How can he lead the way to freedom if he is lost to himself? 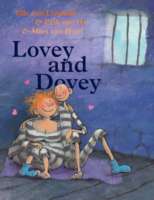 Lovey and Dovey have stolen each other’s hearts. And a pair of blue socks from the shop on the corner. That’s why they’re in prison. But iron bars won’t keep Dovey from sneaking out of their dungeon every night to bring back presents for his Lovey.

Otto Malpense may only be thirteen years old, but so far he has managed to run the orphanage where he lives, and he has come up with a plan clever enough to trick the most powerful man in the country. He is the perfect candidate to become the world’s next supervillain.That is why he ends up at H.I.V.E., handpicked to become a member of the incoming class. The students have been kidnapped and brought to a secluded island inside a seemingly active volcano, where the school has resided for decades. All the kids are elite; they are the most athletic,the most technically advanced, and the smartest in the country. Inside the cavernous marble rooms, floodlit hangars, and steel doors, the students are enrolled in Villainy Studies and Stealth and Evasion 101.But what Otto soon comes to realize is that this is a six-year program,and leaving is not an option.With the help of his new friends: an athletic martial-arts expert; a world-famous, beautiful diamond thief; and a spunky computer genius — the only other people who seem to want to leave — Otto plot to escape the prison known as H.I.V.E.?