From critically acclaimed author Trish Doller comes a gorgeous, hopeful, and heartbreaking novel, set in Cairo, Egypt, about the barriers we tear down for the people and places we love most.

A collection of poems about different places around the world that are considered sacred by various cultures, including Mecca, the Ganges River, and Christian cathedrals.

The rain starts suddenly, hard and fast. After days of downpour, her family lost, Sebah takes shelter in a tree, eating pine cones and the raw meat of animals that float by. With each passing day, her companion, a boy named Aban, grows weaker. When their tree is struck by lightning, Sebah is tempted just to die in the flames rather than succumb to a slow, watery death. Instead, she and Aban build a raft. What they find on the stormy seas is beyond imagining: a gigantic ark. But Sebah does not know what she’ll find on board, and Aban is too weak to leave their raft. 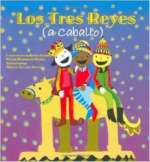 China, 1898. Bands of foreign missionaries and soldiers roam the countryside, bullying and robbing Chinese peasants. Little Bao has had enough. Harnessing the powers of ancient Chinese gods, he recruits an army of Boxers – commoners trained in kung fu who fight to free China from “foreign devils.” Against all odds, this grass-roots rebellion is violently successful. But nothing is simple. Little Bao is fighting for the glory of China, but at what cost? So many are dying, including thousands of “secondary devils” – Chinese citizens who have converted to Christianity. —- Boxers & Saints is an innovative new graphic novel in two volumes – the parallel stories of two young people caught up on opposite sides of a violent rift.

When Obadiah Demurral, the power-hungry Vicar of Thorpe, attempts to become a god by dabbling in magic, Raphah, who has come from Africa to get back the artifact stolen from his Temple, joins forces with Kate and Thomas to stop him.

Made on the sixth day of Creation, a white ram waits patiently in the Garden of Eden. The other animals leave one by one, but the ram waits and waits until he is needed to fulfill God’s will. Running to the aid of Abraham, the ram must prevail over many temptations in order to save a child. In this lyrically told and beautifully illustrated story, a white ram sacrifices himself to save a boy’s life. It is a book that will be adored by readers of all faiths and ages, and will be of special interest during the celebration of Rosh Hashanah, the Jewish New Year.

This powerful and poetic story, drawn from a Kurdistani tale based on the Old Testament, retells the story of the death of Moses. With graceful and moving prose and richly colored illustrations, Gerstein has created a memorable book.

It’s Spring again in the village of Montacute, and people want nothing more than to celebrate the season with maypole dances, festivals, and visits from the nobility. The festivities are dampened, though, when a young boy turns up dead outside the village. Then they learn that three other boys have also disappeared lately. To the parson, this tragedy is a perfect excuse to kick off the only thing guaranteed to get his spring-giddy parishioners back to church – a witch hunt. Cecily may have occasional visions, but that doesn’t make her a witch! Fatherless and without friends, Cess knows she’s lucky to be employed by a grand estate like Montacute House, even if it is as a poultry girl. On her thirteenth birthday, Cess finds a precious locket in one of her chicken coops, a strange discovery that’s quickly overshadowed by her best friend John’s disappearance two days later. The parson has already started planting rumors that the missing boys were bewitched, and the villagers think Cecily may be the culprit.  The only way Cess can prove her innocence is by finding John, but she’s soon embroiled in a plot that threatens her world and forces her to draw upon powers she never knew she possessed. Witchcraft, politics and religious ambition combine in this gripping and wonderfully realized novel set in the Somerset of the 1500s.