Here is the riveting story of the Russian Revolution as it unfolded. When Russia’s last tsar, Nicholas II, inherited the throne in 1894, he was unprepared to do so. With their four daughters (including Anastasia) and only son, a hemophiliac, Nicholas and his reclusive wife, Alexandra, buried their heads in the sand, living a life of opulence as World War I raged outside their door and political unrest grew. Deftly maneuvering between the lives of the Romanovs and the plight of Russia’s peasants—and their eventual uprising—Fleming offers up a fascinating portrait, complete with inserts featuring period photographs and compelling primary-source material that brings it all to life. History doesn’t get more interesting than the story of the Romanovs. 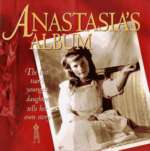 Illustrated in scrapbook style with young Anastasia’s photos and watercolor paintings, this intimate glimpse brings to life the unspoiled princess of the last of the czars. Drawing on precious personal keepsakes, personal letters and diaries, and memories of loved ones, this piercing portrait will enthrall all readers who are curious about Anastasia Romanoff’s fascinating–if tragically brief–life. Photos, many in color.