He is pining away because he has lost his home and has lived in the dark ever since. One day, the shaggy creature is overcome with curiosity and ventures out to the edge of the darkness. There, bathed in sunlight and bright colors, lives a very different and gentle creature. 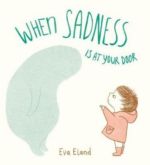 A young child experiences sadness as if it were a visitor, acknowledging the emotion and suggesting activities to do with it.

Claire witnesses a love so dramatic it is as if Ella Grey has been captured and taken from her, but the loss of her best friend to the arms of Orpheus is nothing compared to the loss she feels when Ella is taken from the world in this modern take on the myth of Orpheus and Eurydice set in Northern England.

A clever little dog christens himself “Sad” when his humans fail to give him a name. Although they feed him and wash him, they don’t appreciate his many gifts, like his love of singing (“stop that yapping!”). When the people move away and leave Sad behind, Sad is heartbroken. But then a new family with a young boy arrives at Sad’s house in a big truck. Although Sad is initially frightened, it soon becomes clear that the boy is just the right person to make a dog’s life complete with playtime, treats, and a brand-new name: Lucky.

It is wartime. In the midst of the fighting and devastation, an unusual friendship is formed. 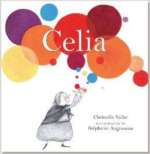 Celia, the town listener, collects a seed from each person who shares a problem with her, so when Julian loses his seed on the way to see her, he is unable to let go of his sadness.

In June of 2002, a very unusual ceremony begins in a far-flung village in western Kenya. An American diplomat is surrounded by hundreds of Maasai people. A gift is about to be bestowed on the American men, women, and children, and he is there to accept it. The gift is as unsought and unexpected as it is extraordinary.

A mere nine months have passed since the September 11 attacks, and hearts are raw. Tears flow freely from American and Maasai as these legendary warriors offer their gift to a grieving people half a world away.

Word of the gift will travel news wires around the globe. Many will be profoundly touched, but for Americans, this selfless gesture will have deeper meaning still. For a heartsick nation, the gift of fourteen cows emerges from the choking dust and darkness as a soft light of hope and friendship.

With unmitigated honesty, a touch of humor, and sensitive illustrations by Quentin Blake, Michael Rosen explores the experience of sadness in a way that resonates with everyone. “Sometimes I’m sad and I don’t know why. It’s just a cloud that comes along and covers me up. Sad things happen to everyone, and sometimes people feel sad for no reason at all.” What makes Michael Rosen sad is thinking about his son, Eddie, who died suddenly at the age of eighteen. In this book the author writes about his sadness, how it affects him, and some of the things he does to cope with it—like telling himself that everyone has sad stuff (not just him) and trying every day to do something he can be proud of. Expressively illustrated by the extraordinary Quentin Blake, this is a very personal story that speaks to everyone, from children to parents to grandparents, teachers to grief counselors. Whether or not you have known what it’s like to feel deeply sad, the truth of this book will surely touch you. 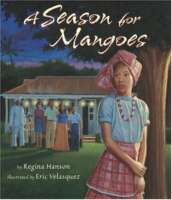 Sareen is attending her first sit-up, a Jamaican tradition that celebrates the life of a loved one who has died. The whole village has come to share memories of Sareen’s Nana. Sareen wants to tell her stories of Nana’s last mango season and their search for the perfect mango, but she’s afraid the words won’t come or that she’ll begin to cry. It’s only when Sareen faces her fear that she realizes it’s not the sadness of Nana’s death that she’ll remember best but the joy of Nana’s life.Set amid the rich culture and lush scenery of Jamaica, this moving book offers the hope of rediscovering joy after a loss and pays tribute to the remarkable power of story: to touch, to connect, and to heal.