Sofia isn’t so sure about Fright Night. When she suggested it to her friends, she was only thinking of it as an excuse to get closer to Dylan. Now that it’s happening, she’s worried that spending the night in a deserted forest is a bad idea. But it’s totally safe–there’s even a safe word if things get too intense. And they do. Sofia and her friends are forced to face their greatest fears, and suddenly? It’s too late to turn back.

The invasion begins–but not as you’d expect. It begins with rain. Rain that carries seeds. Seeds that sprout–overnight, everywhere. These new plants take over crop fields, twine up houses, and burrow below streets. They bloom–and release toxic pollens. They bloom–and form Venus flytrap-like pods that swallow animals and people. They bloom everywhere, unstoppable. 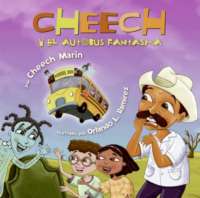 In this bilingual collection of five stories, Don Cecilio tells the neighborhood children stories that make their hair stand on end. \”In my barrio they told the story…\” and so his cuento would begin. In \”The Owl and the Bundle,\” young Tomas disappears without a trace. Distraught, his parents and siblings look for him everywhere with no luck. Upon returning home, his father sees something curious, an owl flying above the house carrying a bundle with its talons. \”Is it possible,\” he wonders, \”that the bundle is Little Tomas?\” Could the owl have taken their precious son? Based on oral tradition, these stories featuring witches, owls, and other spooky creatures have been told in Spanish-speaking barrios for generations. Now, this new edition with a first-ever English translation provided by John Pluecker will entertain and terrify a new generation of English- and Spanish-speaking children with the supernatural tales of the Hispanic community. Originally published in Spanish in 1972 as La Lechuza: Cuentos de mi barrio (The Naylor Company), Brujas, lechuzas y espantos / Witches, Owls and Spooks will fascinate children interested in scary stories and at the same time will provide a window into a different time and place, when people lived a more rural life and winged shadows flitted across the darkened countryside.

A collection of scary stories based on the lore of New Mexico, in English and in Spanish.