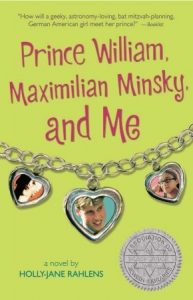 In Berlin, thirteen-year-old Nelly Sue Edelmeister–a self-described nerd and aspiring astronomer–gains a greater understanding of herself and those around her as she develops her first crush, considers whether to go through with her bat mitzvah, and tries out for the basketball team.

Cameron Wolfe is a loser. He knows it. He’s the quiet one, not a soccer star like his brother Steve or a charming fighter with a new girl every week like his brother Rube. Cam would give anything to be near one of those girls, to love her and treat her right. He especially likes Rube’s latest, Octavia, with her brilliant ideas and bright green eyes. But what woman like that would want a loser like him? Maybe Octavia would, Cam discovers. Maybe he’d even have something to say. And those maybes change everything: winning, loving, losing, the Wolfe brothers, and Cameron himself.

It is 1966, and the times, they are a-changin’. Fifteen-year-old Stephen is on his way to a summer program in France when he meets two glamorous new friends of his older brother, Rob, who has been missing for 18 months. They persuade Stephen to travel to Istanbul with them, to find his brother. And what a world opens up to him: a world of beautiful girls, drug busts, fascinating cultures, fast-moving friendships, and betrayals. As he travels further into Asia, the nature of Stephen’s journey changes: The search for his brother is replaced by an inner exploration, in which he must confront his own past, and his own dark secret. 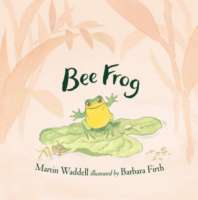 A small frog who just wants to be heard.Bee Frog is not a frog — she’s a dragon! A not-nice, very fierce dragon! But Mom and Dad Frog are too busy to notice. They don’t even pay attention when Bee Frog hops off to practice her dragon noises all by herself. Is it possible that a scary dragon like her could get lonely?