When life gets difficult for Ana Rosa, a twelve-year-old would-be writer living in a small village in the Dominican Republic, she can depend on her older brother to make her feel better–until the life-changing events on her thirteenth birthday. 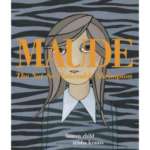 Being noticed is what all the members of the Shrimpton family lived for – all except, that is, for Maude. She prefers to blend into the background rather than stand out in a crowd.

Sometimes a day out doesn’t turn out according to plan. But when one little duck wants to make a big splash all by himself, the wrong way to do things turns out to be just right!

Little Imogen doesn’t want to play princess or pirate! Why pretend? Being herself is the most fun of all! The story of a girl who knows who she is: “I’m Me!” Grown-ups! Always telling kids what to do, how to act, and who to be! Imogen is excited to spend the day with her Auntie Sara, but which dress-up game does she want to play? Who is Imogen today? Is she a frilly princess in a poufy gown? A knight in shining armor, taming a flying dragon? An astronaut blasting off into space? “No, no, no!” Imogen sings, with a shake of her pigtails. She doesn’t want to be any of those things! “Well,” Auntie Sara asks, “if you’re not a princess or a knight or an astronaut, who are you?” “I’m me!” Imogen declares. And that’s the best role of all. 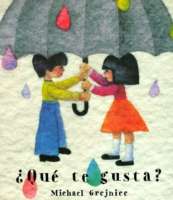 Children discover that they can like the same things and still be different. Spanish language edition.

Sophie’s brother has a mantel full of awards for his cute warts— verrugas—and shiny skin, but Sophie isn’t nearly as good looking and doesn’t have any trophies at all. One day, while Sophie is singing about her sorrows, the Toadettes are impressed and ask her to join their group. They convince her to do a solo at the fair when the rest of the group gets sick from eating bad flies. You can guess who finally gets a trophy of her own that night. Susan Elya’s seamless verse that includes Spanish vocabulary and Viviana Garofoli’s vivid, lively illustrations makes Sophie’s story one all kids will relate to while they search for their special talents. 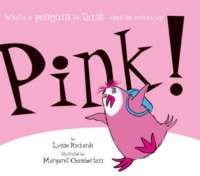 Teased in school for being pink, Patrick the penguin leaves the South Pole to live with the flamingos in Africa.