Look at the Sky describes the many moods of the skies, whether delivering blizzard blasts or lightening flashes. A child need only look to the sky to witness storms, thunder, hail, or fog.

Hear the Sea depicts the ocean as a majestic force that scatters starfish amongst its shores while making sails dance and changing colors with her mood.

Feel the Wind looks at the tricks the wind plays, making turbines spin, bubbles float, and kites soar higher. These three separate picture books are thematically linked, celebrating the wonders of nature that children encounter in their daily lives, but the rhythm of the text and style of the art are unique to each story.

While awaiting his parents’ release from jail, fourteen-year-old Max Murphy is sucked into yet another scheme of the Maya Death Lords that sends him on a quest to the United States. Failure could mean the end of the world again. 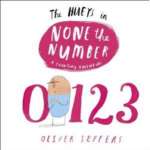 “Is none a number?” you might ask. I’m glad you did. The answer is Yes! For example, how many lumps of cheese do you see next to you? The answer, depending on where you are, is likely “none.” Counting with the reader all the way up to ten, the Hueys explain numbers as only they can. Such as: The number 4 is the number of tantrums thrown by Dave every day. 7 is the number of oranges balanced on things. And 9 is the number of seagulls who attacked Frank’s French fries. Together they make quite a spectacle. But when you take away all of these fun illustrations in the book? You’re left with none! 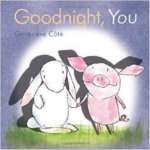 In this heartwarming title from the Piggy and Bunny picture book series, the two friends explore what scares them as they prepare for their first campout together. When Bunny admits to being frightened of monsters, Piggy responds that “even if there WAS a monster, I wouldn’t scream like you!” When Bunny asks, “What if the monster GROWLS at you?” Piggy answers, “PWAAT! I can be loud, too!” Then, one by one, all of Bunny’s questions about what to do if a monster came near are countered confidently by Piggy.

Saba is ready to seize her destiny and defeat DeMalo and the Tonton…until she meets him and he confounds all her expectations with his seductive vision of a healed earth, a New Eden. DeMalo wants Saba to join him, in life and work, to create and build a healthy, stable, sustainable world…for the chosen few.

Sam awakens to see strange vessels gathered in the skies around London. As he stares up, people stream past, walking silently toward the enormous ships, which emit a persistent noise. Only Sam seems immune to the signal. Six months later, he is absolutely alone. Or so he thinks. Because after he emerges from his underground bunker and is wounded by a flying drone, a hail of machine-gun fire ultimately reveals two very important truths: One, Sam is not, in fact, alone. And two, the drone injury should have killed him—but it didn’t.

One in a series of humorous books about disgusting creatures, The Rat is a look at the black rat. It covers such topics as the rat’s long, agile tail (it’s good for balancing and picking noses), long teeth (they can chew through anything, including books) and disgusting taste in food (delicious electrical wires in tomato sauce, anyone?). Although silly and off-the-wall, The Rat contains real information that will tie in with curriculum.