Shigeru’s mother, single mother, is a truck driver. Sigeru is proud of his mother because she can do anything that seems difficult for women. 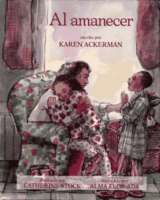 This Spanish translation of the gentle story By the Dawn’s Early Light reflects an experience familiar to many Spanish-speaking children: life in a household where the parent works at night. There isn’t much time to see Mama; but sometimes, early in the morning, Raquel hears her mother come home. She wakes her brother and they go downstairs to share some quiet time with Mama. Full color.

Michael and his friend Francis share a secret passion for Evgard, the fantasy world they have created together. But then Michael finds a note in his locker, revealing that their secret is out. He immediately suspects Francis, and tries to get revenge by telling the school bully–known affectionately as Shitley–that Francis is gay, which guarantees Francis is in for a pounding. But did Francis really betray his friend? Or is Michael really the traitor? This gripping account of a troubled friendship unfolds both as a contemporary story and as a compelling glimpse into the world of Evgard. 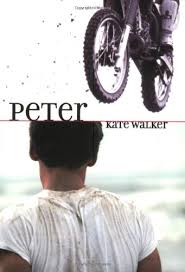 Peter, a 15-year-old Australian boy, struggles to cope with the pressures of his peers, the macho expectations of his society, his emerging sexual feelings, and his unwilling attraction to the gay friend of his older brother.

Joel will soon be 12, and he thinks nothing is going on in the small community where he lives. But he’s wrong. One day, an incident that could easily have been a catastrophe turns into a miracle. Now Joel believes he owes the world a good deed, to prove that he deserved what might have been divine intervention. He thinks up an elaborate scheme, but it doesn’t go as anticipated. Even though his heart is in the right place, feelings are hurt. If he confesses what he’s done and why, will things be put right again?

Readers who met Joel Gustafson, his father, and their friends in A Bridge to the Stars will follow, with appreciation, Henning Mankell’s shrewd depiction, in this companion novel, of the surprising changes in Joel’s existence. Mankell deftly explores Joel’s self-discovery, his realization that lives can be altered in a single moment, and his new understanding that a choice between telling the truth and keeping silent can make all the difference.