As a child, Martin was brought to the stronghold of Badrang the Tyrant, forced into enslavement behind its massive walls. But he was strong. He was brave. And mere escape was not his plan, as long as his father’s sword rested in Badrang’s ruthless fist.

Ross is fed up with being on the losing side, as Bruntsfield Primary football team suffer another humiliating defeat. But after football practice each week he goes to visit his grandmother, and this week she has a special present for him. Pat digs out a pair of old football boots and strip which belonged to her father, who once played for Heart of Midlothian Football Club. Ross is amazed that his great-grandfather, Jack, had played for the famous Hearts. As he finds out more about Jack, an incredible story unfolds — a tale of Edinburgh’s young heroes and a battalion of footballers and fans who fought in the First World War at the Battle of the Somme. Based on the true story of the 16th Royal Scots, otherwise known as the ‘Heart of Midlothian Battalion’, this moving book brings a fascinating moment of Scottish history to life. Jim Killgore interweaves the present day life of an ordinary football-mad boy with a story of young men who were sent to war. He focuses on the friendships that develop as the lads play football and learn to become soldiers together, making this remarkable story enjoyable and accessible for young people.

With the help of a magic tinderbox given to him by a witch, a soldier finds a fortune and pursues a princess imprisoned in a castle, in an edition of a classic tale of dark adventure.

During World War II, Rex, a young New Zealand boy, finds his life irrevocably changed by the arrival of a wounded American soldier, Jackson Coop, an African American private with a hatred for war, who stays with Rex’s family while recuperating. 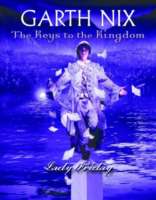 Four of the seven Trustees have been defeated and their Keys taken, but for Arthur, the week is still getting worse. Suzy Blue and Fred Gold Numbers have been captured by the Piper, and his New Nithling army still controls most of the Great Maze. Superior Saturday is causing trouble wherever she can, including turning off all the elevators in the House and blocking the Front Door. Amidst all this trouble, Arthur must weigh an offer from Lady Friday that is either a cunning trap for the Rightful Heir or a golden opportunity he must seize – before he’s beaten to it.