A novel in diary form in which the youngest daughter of Czar Nicholas II describes the privileged life her family led up until the time of World War I and the tragic events that befell them.

When twelve-year-old Arcady is sent to a children’s home after his parents are declared enemies of the state in Soviet Russia, soccer becomes a way to secure extra rations, respect, and protection but it may also be his way out if he can believe in and love another person–and himself.

The Book of Olga Thunder “Sugar baby” recorded it with the words of Stella Nudolskoy, whose childhood coincided with the end of the 30’s – early 40’s in the Soviet Union. This is a very personal and poignant story of how five-year-Ale, happily growing up in a loving family, suddenly finds her daughter “an enemy of the people” and gets into a terrible, incomprehensible situation: after the arrest of their father and his mother is sent to a camp in Kyrgyzstan as CHSIR (family members traitor to the motherland) and ESR (socially dangerous elements).

Aaron and Zev have been protected from serving in  the Czar’s army for very different reasons–Aaron’s  father has always paid to keep his scholarly son  free. Zev takes the job of khapper, kidnapping  other poor, young Jewish boys to fulfill the czar’s  army quotas. Zev’s jealousy of  Aaron turns to hate when he discovers that the girl  he loves is to marry Aaron. When Zev decides to  rid himself of Aaron forever, he kidnaps him and  turns him over to serve in the army. He knows  Aaron’s fate is sealed–few survive the forced labor. A  trick of fate, however, pits the boys against each  other face-to-face. Sworn enemies, they must  endure the cruel captivity together. Will they join  forces to survive or will they destroy each other? 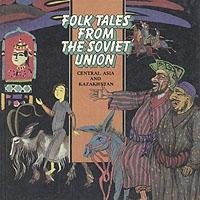 A collection of folk tales from the Ukraine, Byelorussia, and Moldavia. 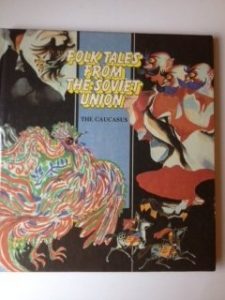 A collection of folk tales from the Caucasus.

When the Soviet Union invades its tiny neighbor Finland in November 1939, Marko volunteers to help the war effort. Even though his leg was weakened by polio, he can ski well, and he becomes a messenger on the front line, skiing in white camouflage through the forests at night. The dark forest is terrifying, and so are the odds against the Finns: the Russians have 4 times as many soldiers and 30 times as many planes. They have 3000 tanks, while the Finns have 30. But a tank is no help in the snowy forest–a boy on skis is. And the Russians don’t know winter the way the Finns do, or what tough guerrilla warriors the Finns are. Marko teams up with another messenger, Karl. Gradually Marko learns that Karl’s whole family was killed by the Russians. And Karl has a secret–he’s really Kaari, a girl who joined up to get revenge for her family’s deaths.

This book presents the story of the two Soviet dogs, Belka and Strelka, who were sent into space in 1960, paving the way for the first Soviet manned flight.