Shifty McGifty and Slippery Sam are two hapless robber dogs who decide the perfect way to rob their neighbors would be to invite them over for a lovely tea party.

Fifteen-year-olds Ashley and Benjamin are planning the heist of a lifetime, but they are not counting on a hit man who has plans of his own.

Someone is out to steal the Stanley Cup – and only the Screech Owls stand between the thieves and their prize!Travis, Nish, and the rest of the Screech Owls have come to Toronto for the biggest hockey tournament of their lives – only to find themselves in the biggest mess of their lives. First Nish sprains his ankle falling down the stairs at the CN Tower. Later, key members of the team get caught shoplifting. And during a tour of the Hockey Hall of Fame, Travis overhears two men plotting to swipe the priceless Stanley Cup and hold it for ransom!Can the Screech Owls do anything to save the most revered trophy in the land? And can the team also rise to the challenge on the ice and play their best hockey ever? 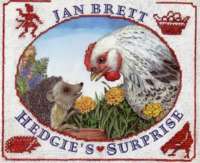 Hedgie, the hedgehog, helps Henny, the speckled hen, trick the Tomten who has been eating all of Henny’s eggs for breakfast.

Estrella can run so fast that she burns up the air, leaving trails of flames wherever she goes. Her pets — a Kickle Snifter, a Sidehill Wowser, and a Rubberado puppy — are as untamed as California, and the pride and love of Estrella’s heart.When the greedy ghosts of old gold miners steal her pets, Estrella will need every bit of her pluck and nimble-footedness to rescue them from the ghosts of Luckless Gulch.

Solomon Snow and his stalwart friends return in a second mock-Victorian extravaganza!

In their second adventure, the intrepid trio becomes ensnared in a plot to steal a priceless ruby. But what do a stubborn donkey, a shady dwarf, and Mr. Skippy the rabbit have to do with it all? While trying to rescue Prudence’s father from prison, Solomon, Prudence, the Infant Prodigy, and Mr. Skippy the rabbit find themselves caught up in the mad plans of the villainous Dr. Calimari to steal a fabulous and cursed ruby.

Taylor, Sam, and Sophie have been best mates forever. But lately things have been changing. Taylor is starting to sense that maybe Sam and Sophie would rather hang out only with each other rather than with her. And she can’t talk to her mum about it — she’s been acting even more depressed than usual, spending the day watching the telly in her bathrobe and only eating when Taylor makes her dinner. Then Taylor meets Kat while out shopping one day. Kat is glamorous. Kat is planning on becoming a model. Kat has dozens of older blokes following her around. And suddenly Taylor’s life is looking brighter. Kat seems to understand exactly how Taylor feels and Taylor is willing to do anything to be friends with her. The thing is, Kat loves to go shopping and if Taylor wants to continue to be her friend, then she’ll have to come up with the money to keep Kat happy…even if that means going against everything Taylor knows is right. An emotionally-charged novel about what loneliness can drive you to do, and how a little credit card can lead to lots of trouble. 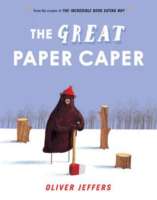 When tree branches begin disappearing and paper airplanes are left in their place, the creatures that live in the forest carry out an investigation to find the culprit who has been stealing their homes.

When Johnny Nesbit wakes up in a pink bedroom that is inside a glass bottle, he soon realizes that he is battling the Strangers, the fairies that had stolen his baby sister a year earlier. Johnny returns to the Stranger country with his former classmate, Cheryl to try to save a group of kidnapped children from the nasty fairies.

This book is a sequel to The Same Place but Different.