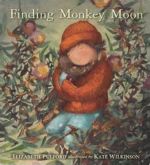 Every night at half past seven, Michael and his stuffed monkey go hippity-hop, hippity-hop, up the stairs to bed. But one night when Michael calls out for Monkey Moon, he’s not in any of his favorite places. Dad thinks he must still be at the park, so he and Michael bundle up and head outside, into the dark street, to retrace their steps.

A fair has come to the Lake District! And Peter and Benjamin are forbidden to go. Driven by their ever-insatiable curiosity, the rabbits sneak into the fair to have a look-around. Mesmerized by all the activity, the rabbits stand incredibly still, watching. Suddenly, a little girl picks up Peter, declaring him to be her stuffed animal prize!

Miriam lives in hut 18, bed 22. She has little to eat and nothing to play with, but she can remember what it was like before, when she had her own food, her own bed, and her very own toys. As World War II nears an end, everyone says the soldiers are coming, so Miriam joins the women in planning a celebration. Every night, while the guards sleep, they busy themselves crafting toys out of scraps of their clothing to surprise the younger children. Based on a reference to a small collection of stuffed toys made by women in Belsen for the first party held after the liberation of the camp, this new edition of Let the Celebrations Begin!, originally published in 1996, is an affecting story of human survival.

Anna Banana can’t settle down tonight, even though her stuffed animal friends are tired and just want to sleep. They suffer through delay after delay and excuse after excuse, until Anna Banana is finally sleepy. And then, it’s time for their revenge! Her stuffed animals decide to teach her a lesson about respecting others at bedtime. 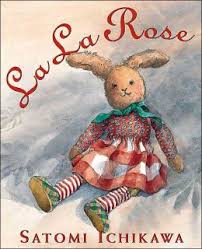