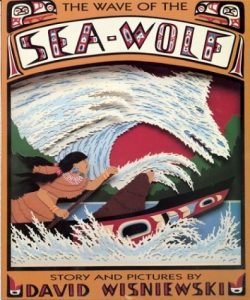 Intricate cut-paper illustrations incorporating Pacific Northwest motifs accompany this original story of the Tlingit princess Kchokeen, who is rescued from drowning by a guardian spirit that later enables her to summon a great wave and save her people from hostile strangers.

The Tlingit Indians of southeastern Alaska are known for their totem poles, Chilkat blankets, and ocean-going canoes. Nora Marks Dauenhauer is a cultural emissary of her people and now tells the story of her own life within the context of her community’s. Life Woven with Song re-creates in written language the oral tradition of the Tlingit people as it records memories of Dauenhauer’s heritage–of older relatives and Tlingit elders, of trolling for salmon and preparing food in the dryfish camps, of making a living by working in canneries. She explores these recurring themes of food and land, salmon and rainforest, from changing perspectives–as a child, a mother, and a grandmother–and through a variety of literary forms. In prose, Dauenhauer presents stories such as “Egg Boat”–the tale of a twelve-year-old girl fishing the North Pacific for the first time alone–and an autobiographical piece that reveals much about Tlingit lifeways. Then in a section of short lyrical poems she offers crystalline tributes to her land and people. In a concluding selection of plays, Dauenhauer presents three Raven stories that were adapted as stage plays from oral versions told in Tlingit by three storytellers of her community. These plays were commissioned by the Naa Kahidi Theater and have been performed throughout America and Europe. They take the form of a storyteller delivering a narrative while other members of the cast act and dance in masks and costumes. Collectively, Dauenhauer’s writings form an “autoethnography,” offering new insight into how the Tlingit have been affected by modernization and how Native American culture perseveres in the face of change. Despite the hardships her people have seen, this woman affirms the goodness of life as found in family and community, in daily work and play, and in tribal traditions. 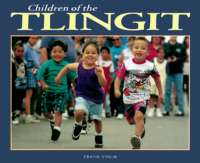 Introduces the history, geography, and culture of the Tlingit people in Southeast Alaska through the daily lives of children who live there.

Many men begin to flock to the Tlingit village hoping to make the headman’s beautiful daughter their bride, then retreat in disgrace as none is ever good enough for her. Weary of the suitors and their presents, she proclaims that she’s sooner marry a frog from the lake than any of the men after her heart. One night soon after, a very handsome young man–with slightly bulging eyes–appears on her threshold to fulfill her words, and she follows him underwater to her new home amongst the Frog People. But her peace is interrupted when her parents demand her return to the village, and the maiden finds herself caught in a clash between the worlds of land and sea. In Kimmel’s captivating retelling of the Tlingit legend, with breathtaking illustrations by Rosanne Litzinger, a maiden struggles to find the place where she truly belongs. 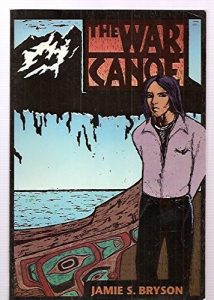 Mickey, a young Tlingit Indian who is a troublemaker in his small Alaska town, discovers his proud heritage with the help of several interested adults and builds a traditional war canoe to honor his discovery.

Describes the traditional lifestyle, arts and crafts, changing land, and modern life of the Tlingit Indians.