Mrs. Tortoise and Birdie are very close friends. One morning, Mrs. Tortoise sees her reflection in the pond and realizes her shell is worn out, and she feels old and sad. Then Birdie comes along with an idea to cheer her up.

An adaptation of the legend of Sunsin Yi, a young boy in sixteenth-century Korea, who, inspired by his pet turtle, designs one of the greatest battleships in history and fulfills his dream of sailing the world. 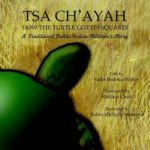 Bilingual Edition in English and Caddo Language Tsa Ch¿ayah/How The Turtle Got Its Squares is a traditional Caddo Indian story that reaches back through countless generations into the Caddo past in what is now Arkansas, Louisiana, Texas and Oklahoma. In those days much of the entertainment and education of Caddos took the form of stories and songs that were passed from generation to generation in the Caddo language. They explained the natural world, history, and moral lessons. In the late 1950¿s linguist Wallace Chafe met storyteller Sadie Bedoka Weller, recorded this story and transcribed it in an alphabet customized to the sounds of Caddo. In recent generations the Caddo language has fallen almost completely out of use; stories like Tsa Ch¿ayah have rested silently in archives and scholarly books. Now the Kiwat Hasinay Foundation has brought the story to life again, with original illustrations by Caddo artist Robin Michelle Montoya. The text is written in Chafe¿s alphabet, and the actual voice of Sadie Bedoka can be heard on a CD that is available to accompany the book. Tsa Ch¿ayah, with its bilingual format and CD, helps children read and write English, read and write Caddo, understand and even speak a sample of spoken Caddo. Above all, it brings the wisdom and culture of the past once again into the present and future of the Caddo people. –Alice Anderton, Intertribal Wordpath Society Retold for the first time in print with Caddo language and English text and delightful illustrations, this charming book introduces a story told by generations of Caddo Indian Nation storytellers to capture the imaginations of their children. The story of ¿How The Turtle Got Its Squares¿ will fascinate and entertain new storytellers and their young listeners alike.

Hare (Leapus swifticus) can barely stay still for a minute. He’s the fastest on the farm. Tortoise (Slow and steadicus) can stay still for a very long time. She has occasionally been mistaken for a rock. So when they decide to have a race, Hare is certain to win . . . isn’t he? Through the meadow, around the duck pond, and straight into the carrot field. Carrots? Oh, dear. Whether encountering the classic tale for the first time or tracing the racecourse map to relive it, children will be quick to realize Hare’s folly and eager to join the cheering for easygoing, persistent Tortoise. She may be slow, but watch her go!

In the days before tortoises had shells, one talented young tortoise sets out to design the perfect house for his fellow crawlers. 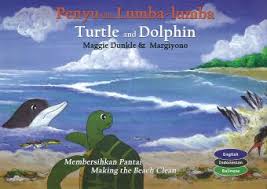 The misadventures of three friends, Turtle, Dolphin and Seagull, as they discuss the problems caused by plastic waste and what to do about it. 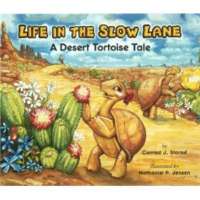 In delightful rhymed verse, Conrad J. Storad tells the story of the tortoise and explains how it has adapted to survive. 2007 Glyph Award – Best Cover Design Children’s Book.

After down-to-earth Zeeta and her flighty mother, Layla, settle in the idyllic beachside town of Mazunte, Mexico, where Zeeta’s true love, Wendell, has an internship photographing rare sea turtles, Zeeta discovers that paradise has its dark side as she and Wendell dig deeper to unearth her elusive father’s past.

Jabut’s shell was smooth and shiny, and the songs he played on his flute were sweet. But his music was a reminder, too, of the mischievous pranks Jabut sometimes played. When a concert takes place in heaven, Vulture offers to fly Jabut there . . . all the while plotting a trick of his own. 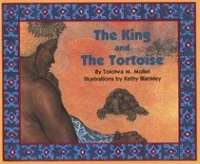 The king challenges the animals in his kingdom to prove their wisdom by making him a robe of smoke, but only the tortoise is able to satisfy him.