Tom goes with his Uncle Harvey to Peru, where they narrowly escape imprisonment and death as they hunt for buried treasure after tracking down a journal written by John Drake, a young relative of Sir Francis Drake, on a voyage to Lima in 1577. Includes biographical information on John and Francis Drake.

In 1852, when seventeen-year-old Katharine is sent to her family’s estate to prove that her uncle is insane, she finds he is an inventor whose work creating ingenious clockwork figures supports hundreds of families, but strange occurences soon have her doubting her own sanity. 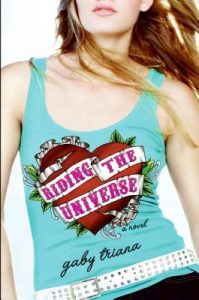 Seventeen-year-old Chloé Rodriguez, who inherited her uncle’s beloved Harley after his death, spends the subsequent year trying to pass chemistry, wondering whether she should look for her birth parents, and beginning an unlikely relationship with her chemistry tutor, while also trying to figure out how she really feels about the boy who has been her best friend since they were children.

You would think Petronella’s sixteenth birthday would be cause for celebration. After all, fashionable friends are arriving at her country estate near London, teas are being served, and her coming out party promises to be a resplendent affair. Everything is falling nicely into place, until, suddenly—it isn’t. For Petronella discovers that her guardian, Uncle Augustus T. Percival, has developed a most unVictorian compulsion: He must eat bugs. Worse still, because he is her guardian, Uncle Augustus is to attend her soiree and his current state will most definitely be an embarrassment. During the festivities, when Petronella would much rather be sharing pleasantries with handsome Lord James Sinclair (swoon), important guests are disappearing, kidnapping notes are appearing, many of the clues are insects, and Uncle Augustus is surreptitiously devouring evidence. It’s more than one sixteen-year-old girl should have to deal with. But, truth be told, there is far more yet to come . . .

When his father runs off with his girlfriend and his distraught mother is admitted to an institution, thirteen-year-old Rits goes to live with his uncle and tries to make the best of his unusual circumstances. 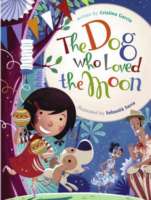 When her dog becomes lovesick for the moon, a young Cuban girl and her uncle call the moon down to give the dog a kiss, with surprising results.

Little Wolf has been brushing his teeth without being growled at, he’s been going to bed early, and he’s been far too nice to his baby brother, Smellybreff! His parents are so worried that they will never make a beast out of him that they send him off to Cunning College, where his Uncle Bigbad instructs timid cubs in the rules of badness. With each letter home to his parents, Little Wolf reveals a new adventure or lesson that he’s learned on his way to Cunning College. Once there, Little Wolf is in for a few surprises!