In 1897, 17-year-olds Dacia and Lou, New York socialites and cousins, visit their maternal homeland of Romania and learn the family secret–that they are shapeshifters, expected to take their rightful places and marry proper husbands, and serve the Dracula family.

After the Affair of the Clockwork Scarab, Evaline Stoker and Mina Holmes are eager to help Princess Alix with a new case. Seventeen-year-old Willa Aston is obsessed with spiritual mediums, convinced she is speaking with her mother from beyond the grave. What seems like a case of spiritualist fraud quickly devolves into something far more menacing: someone is trying to make Willa “appear lunatic,” using an innocent-looking spiritglass to control her. The list of clues piles up: an unexpected murder, a gang of pickpockets, and the return of vampires to London.

Seven linked vignettes of passion and love unfold on a Scandinavian island inhabited throughout various time periods by Vikings, vampires, ghosts and a curiously powerful plant.

The fate of feudal Japan hangs in the balance in this bloody conclusion to the epic trilogy. Taro is at a crossroads: He has vanquished Lord Oda for good, but with no land and no title, he has no hope of marrying Hana, the daughter of a daimyo. So when Taro receives news of a murderous dragon and the large reward for killing it, he and his friends find themselves on a dangerous quest to slay the beast. Their mission has the potential to save the people of Japan—but failure will result in the deaths of thousands. And dragons are not the only monsters they will encounter: The dead, led by the odious Kenji Kira, have begun to rise, and they have Taro in their sights. In this heart-stopping conclusion to the Blood Ninja trilogy, the future of all feudal Japan is in danger, and everything Taro holds dear will be threatened. But it is the betrayal of flesh and blood—his own flesh and blood—that may be his ultimate undoing. 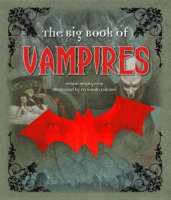 After seventeen-year-old Felicita’s dearest friend Ilven kills herself to escape an arranged marriage, Felicita chooses freedom over privilege. She fakes her own death and leaves her sheltered life as one of Pelimburg’s magical elite behind. Living in the slums, scrubbing dishes for a living, she falls for charismatic Dash while also becoming fascinated with vampire Jannik. Then something shocking washes up on the beach: Ilven’s death has called out of the sea a dangerous wild magic. Felicita must decide whether her loyalties lie with the family she abandoned . . . or with those who would twist this dark power to destroy Pelimburg’s caste system, and the whole city along with it.

After a summer spent dodging mutant werewolves and mad scientists, Nat Carver and shapeshifter Woody join the Twilight Circus of Illusion and are caught up in a struggle against a black widow vampire and her terrifying hive.

After changing from lame to super-attractive over school break, vampire Nigel acquires a girlfriend, Chloe, and starts the new term as one of the most popular students at school, but then a new student sets his sights on Chloe and Nigel must compete for her affections.

Enter the realm of Count Dracula! Bram Stoker’s masterpiece is adapted for a younger audience with all the sinister intrigue of the original novel. English solicitor Jonathan Harker is on a journey to see a new client–the enigmatic Count Dracula. But when the unfortunate Harker finds himself held prisoner in the count’s remote castle, he must use all his faculties to escape. With the help of Professor Van Helsing, can he prevent the evil that has been unleashed from destroying his world? Illuminated in all its gothic majesty through the vivid artwork of Anne Yvonne Gilbert, this new edition is adapted for younger readers but retains the mystery and shocking twists of Bram Stoker’s classic.