Baby Hajime spends a night talking and laughing with the animals in the North Woods but chooses to return to his parents in the morning.

A young Inuit vows revenge when a wolf kills his dog.

Life is pretty sweet for the three little pigs until a hungry wolf named Tempesto shows up one morning. Percy, Pete, and Prudence refuse to let themselves become breakfast without a fight.

Much-loved fairy tales leap to life in this series of lively retellings. When a little girl puts her picnic basket over her arm and sets off through the woods to grandmother’s house, one of the best-loved fairy tales of all time unfolds.

“Nothing ever happens here,” the shepherd thinks. But the bored boy knows what would be exciting: He cries that a wolf is after his sheep, and the town’s people come running. How often can that trick work, though?B.G. Hennessy’s retelling of this timeless fable is infused with fanciful whimsy through Boris Kulikov’s hilarious and ingenious illustrations. This tale is sure to leave readers grinning sheepishly. 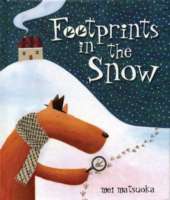 Wolf is feeling offended and indignant: All the wolves he’s ever read about are nasty, scary, and greedy! To set the record straight he decides to write a story about a nice wolf. But will his wolfish instincts get the better of him after all?  Author/illustrator Mei Matsuoka’s simple yet sophisticated art imbues Wolf’s story of searching for a friend with wry humor and subtle wit.

A mama duck with a dozen eggs has to do a lot of counting! Mama counts her ducklings one by one as they hatch, but soon she finds clever new ways to count to twelve–by twos, threes, fours, and sixes! But how many ducklings will it take to trick the hungry wolf who is counting on them for lunch? 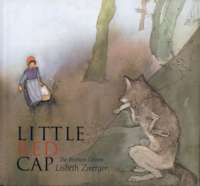 When a little girl in a red cap puts her picnic basket over her arm and sets off through the woods to grandmother’s house, one of the best-loved fairy tales of all time unfolds.

Little Wolf has been brushing his teeth without being growled at, he’s been going to bed early, and he’s been far too nice to his baby brother, Smellybreff! His parents are so worried that they will never make a beast out of him that they send him off to Cunning College, where his Uncle Bigbad instructs timid cubs in the rules of badness. With each letter home to his parents, Little Wolf reveals a new adventure or lesson that he’s learned on his way to Cunning College. Once there, Little Wolf is in for a few surprises!