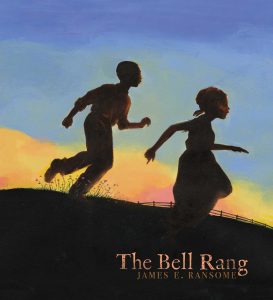 The story is narrated by a young slave girl, whose brother and parents work in the fields of the plantation six days a week. Every day except Sunday is the same. When the bell rings in the morning, Daddy gathers wood. Mama prepares breakfast, the family eats, and then Daddy, Mama, and Ben head to the fields. For most slaves, each day is filled with backbreaking work under oppressive conditions. The narrator does not yet have to work in the fields; she is able to stay behind to mind the children too young to work in the fields.

One day Ben surprises the narrator with a doll he has made for her, but the next day he is gone, having escaped the plantation with two other boys. Her parents are beaten for Ben’s escape and his friends are eventually caught, brought back, and whipped, but Ben is not caught. The remainder of the story shows the family as they struggle with a mix of complex emotions in the aftermath of Ben’s escape. The family feels sadness for their loss, fear that harm will come to Ben, and also hope that, just maybe, Ben made it North to freedom where he can be “Free like the birds. Free like Moses. No more bells.”

The Bell Rang is a moving story of slavery and the no-win option many slaves faced of deciding whether to remain where they are enslaved or risk their lives and lose family through escape. Many stories written about a slave’s escape are told from the point-of-view of the escaped slave, but The Bell Rang provides a different perspective. Told from the point-of-view of Ben’s younger sister, the narrator and her parents struggle to make sense of their array of emotions when Ben escapes.

The story ends on a note of optimism with two specific images that offer hope. The last illustration shows the narrator looking up at the bell. The image of the all-controlling bell is a powerful symbol of slavery in this story. The frequent image of the bell throughout reminds the reader of the way slaves are constantly controlled. However, this illustration leads readers to speculate whether one day the narrator also will decide to run. The other image is that of a bird flying off the last page. Contrasting with the bell, images of birds throughout the story conjure up the notion of flight, freedom and hope. Birds in flight over the gathered slaves on Sunday during worship is one illustration that stirs up feelings of freedom. Likewise the bird flying off the last blank page creates a sense of hope for the family that Ben has made it north.

Ransome’s illustrations communicate the love this family possesses for each other. Thick brush strokes of acrylic combine with bold colors to create intimate scenes among family members. Ransome is able to convey the complicated feelings of those who choose to escape and those who are left behind. The single and double-page illustrations skillfully provide more information about the family member’s emotions than the words alone offer.

There are many books that can be paired with The Bell Rang to address slavery and escape. One book is Henry’s Freedom Box: A True Story from the Underground Railroad written by Ellen Levine and illustrated by Kadir Nelson (2007). A second book is Crossing Bok Chitto: A Choctaw Tale of Friendship & Freedom written by Tim Tingle, and illustrated by Jeanne Rorex Bridges (2006).

James E. Ransome was born in North Carolina in 1961. His family moved to New Jersey while he was in high school and it was at his new high school that he took filmmaking and photography classes, which influenced his style of illustrating. After high school he went on to attend and receive a bachelor of fine arts degree in illustration from the Pratt Institute in Brooklyn. Faculty at the Pratt Institute include many award-winning artists, designers, architects, writers, and scholars. One of Ransome’s teachers at the institute was the award winning illustrator and author Jerry Pinkney who went on to become Ransome’s mentor.

Ransome has written 60 children’s books and is the winner of multiple awards. The illustrations for Before She Was Harriett (2017) received the 2018 Coretta Scott King (CSK) Illustrator Honor. Other award-winning titles include the CSK winner The Creation (1994); CSK Honor Book Uncle Jed’s Barbershop (1998); Sweet Clara and the Freedom Quilt (1995); and Let My People Go (1998), winner of the NAACP Image Award. In addition he works as a commissioned artist and has created murals at the Children’s Museum of Indianapolis, the Underground Railroad Museum in Cincinnati, and at the Hemphill Branch Library in Greensboro, North Carolina.

James lives in upstate New York with his wife, author Lesa Cline-Ransome, who frequently collaborates with him on children’s books. Several titles the couple collaborated on are Game Changers: The Story of Venus and Serena Williams (2018); My Story, My Dance: Robert Battle’s Journey to Alvin Ailey (2015); and Words Set Me Free: The Story of Young Frederick Douglass (2012). Together they also host art and writing segments on the award-winning educational series KidLit TV.