“He inspired others to change his world”: An Exploration of Taking Action Through Reading and Writing

This vignette describes explorations with students arising from a literacy community that examined how global picture books support children’s intercultural understanding of themselves and others as cultural beings. ~Please see Building Intercultural Understandings through Global Literature: An Introduction to Our Work by Prisca Martens and Ray Martens for an overview of this literacy community’s work.

Having established a strong sense of individual and cultural identity through work with the Identity Text Set within our classrooms (see Michelle Doyle’s vignette), our focus then shifted to “taking action.” We began our work with the idea that children with an understanding of their identities and who they are will see themselves as integral members of their communities – home, school, neighborhood, and beyond. These children will assume responsibilities and find ways to take action to support others and make their communities better. In the words of James Banks (2004), our goal was for the students to “develop global identifications [and] a deep understanding of the need to take action as citizens of the global community to help solve the world’s difficult global problems” (p. 301).

As with the Identity Text Set, we selected global picture books for our Taking Action Text set that introduced the big ideas. Our students then explored and developed their ideas through writing and art to demonstrate their understanding of their roles as active members of their communities. We focused on the art concept of contrast in the illustrations – how artists use differences in color, line, shape, and pattern to represent and communicate meaning. After reading and discussing each of the picture books, we studied several illustrations more closely to highlight how the illustrator used contrast.

In this article I share our discussions of books in the Taking Action Text Set, the children’s responses to the stories, and their explorations of the artists’ use of contrast in the text set books as well as in their own art. I will end by sharing a few of the first grade children’s original picture books that they wrote and illustrated to show ways they can take action in the world.

Reading Through the Text Set

The first book we read was A Child’s Garden: A Story of Hope (Foreman, 2009). It’s the story of a boy living in a devastated, barren landscape walled by a barbed wire fence. On the other side of the fence sits a well-tended community. Among the rubble, the boy finds a sprout and decides to take action by watering and creating a shelter to protect it from the hot sun. The sprout grows into a beautiful vine that overtakes the fence. When soldiers destroy the vine, it grows back tended on one side by the boy and on the other by a girl. The vine grows and eventually covers and hides the fence, connecting the children on both sides and offering the children hope for renewed life.

Foreman uses contrast to emphasize the mood and emotion of the story. The beginning illustrations are monochromatic (gray) to stress the devastation and lack of life and hope. Color is visible only in the tiny sprout that gradually grows over the ensuing pages until it finally overtakes the gray, demonstrating the children’s hope for the future.

While the action the boy takes in the story is as simple as nurturing the small vine and bringing happiness and beauty to his broken world, my students found deeper meanings as they considered what the contrast in the illustrations conveyed:

•The contrast in color on the front end pages is stark – red background with white barbed wire, cutting horizontally across the front end pages. As students worked to figure out what the image meant, Kaden remarked, “It looks electric, like the fences they have around jail. The ends are very pointy.”

•When the soldiers tore the growing vine down and returned the landscape to monochromatic grays, Michael suggested, “Probably they hate the other side.”

•The color contrast on the back end pages is just as stark as the beginning. As we wondered again why Foreman did this, Aashi thought that he used the red, “…[m]aybe to show hope.”

The children’s responses and insights demonstrated their understanding that as the boy took responsibility for tending to the vine, he brought hope to his broken community that before was only surrounded by hate. They learned that characters’ actions have important results. When the vines from both sides entwined, connecting life on both sides, Zeynap concluded, “So now if [the soldier] destroys that side, he’ll destroy his side too.” These were big ideas for first graders but talking about Foreman’s use of contrast in the illustrations made them accessible to our students.

Following our discussion of the story and the meanings in both the art and the written text, we invited the students to explore using contrast to convey meanings and important ideas as Foreman had. While some students wove taking action into their art, others chose to focus only on using contrast. 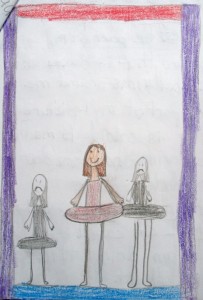 Figure 1. Carolyn shows contrast in her drawing of herself as a ballerina.

David used the contrast of the uncolored page when Mom tells him that Grandma is not coming with color on the next page to show his excitement because he hears a knock on the door (see Figure 2). 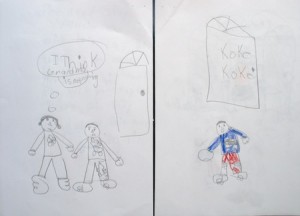 Figure 2. David shows contrast in his drawing of his grandmother arriving for a visit.

As we continued to read and discuss books in the text set, Michelle and I knew we needed to develop a strong definition with our students on what it means to “take action”. Since our plan was to have the students write and illustrate their own “taking action” stories, we wanted a wide variety of actions beyond the more common ones (i.e., environment). As we talked, the students decided that a character in a taking action story does the following:

The table below shows the taking action ideas and uses of contrast we highlighted for some of the stories in the text set.

Table 1. Ideas on how to take action.

As we turned to the writing process, the final stages of our project took shape. We had some work cut out for us to make sure our students were able to synthesize and apply all they had learned.

The students worked in their sketchbooks to try out some ideas before they made their final decisions about the topics for their taking action books.

Joanna sketched herself donating clothes, “because that’s what Mom does when I get too big for my clothes” (see Figure 3).

Richard drew himself making a speech about taking action to a captivated audience (see Figure 4).

David’s picture showed him making signs to keep his driveway clean (see Figure 5). He explained that there had been trash on his driveway and that really bothered him.

And, yes, we did have characters planting flowers and trees too!

To help the students better plan an effective taking action story, we modified the traditional Story Map to create a pre-writing organizer. The Story Map included four boxes: Characters, Before (Problem), Taking Action (to solve the problem), Result (what happened because of the action). When we began drafting, we supplied students with story paper that included a box for a drawing for each page of their story. We suggested that the students do a quick (two minutes) sketch of what they would include on each page. Their drawings helped them to organize the events as well as the art for their stories. Then the writing began.

The project came full circle when our students did just that – imagined how they could influence others to make a difference in the world. They wrote it and captured it in their art.

Our students produced amazing stories! Surprisingly, many students did not write about what they originally sketched for an idea. After having the opportunity to share their sketches with partners and in a large group, many developed different ideas.

•Michael wrote about a rock star who saved electricity during his concerts by using flashlights for spotlights. At the show to practice this new lighting, “[h]e switched the spotlights and it went great. It looked like the sun was shining three red beams on it. He didn’t use as much electricity.”

•Gabriela wrote about a girl who stole a friend from a girl named Hana. In her story, “[t]hey sang the special song. It was called Respect Others. Lizzy learned her lesson. Lizzy learned to treat others with respect.”

•Josh starred in his story about himself and a parrot. In the middle of his story, “…Josh and the parrot made signs to save the animals and they made a one-person band! They carried the instruments and signs and played. Everybody listened after the parade and band. Now my pet parrot and other birds are happy!”

Once their job as authors ended, their work as illustrators began. With books from our text set strewn around the room, examples of interesting end pages scattered on the floor, and our art principles anchor charts we had created during the year, the children worked diligently. In the last few weeks of school when it is easy to lose focus, our students were engaged in their work. We had opportunities to share great pages that students completed and artwork that reflected the types of contrast and other art techniques we had studied. The results were impressive. See Figures 7-10 for four of the children’s books.

The thoughtful decisions our students made about their stories and artwork are best told by them. As examples, Molly and Chloe explain their thinking in creating a couple of their illustrations in these video clips.

During a discussion of The Curious Garden (Brown, 2009) Drew said about Liam, the main character, “He inspired others to change part of their world.” After reading the taking action stories that came out of our classrooms this year, I believe we could say the same about what our students imagined and created in their taking action stories.

Jenna Loomis is a first grade teacher at Pot Spring Elementary School in Timonium, Maryland. She can be contacted at jloomis@bcps.org.