Reading and Creating with Art: Picture Books in the Art Classroom

This vignette describes explorations with students arising from a literacy community that examined how global picture books support children’s intercultural understanding of themselves and others as cultural beings. Please see Building Intercultural Understandings through Global Literature: An Introduction to Our Work by Prisca Martens and Ray Martens for an overview of this literacy community’s work.

When I’m ready to introduce a new art concept, I select picture books that provide examples of how the artist used that concept to create meaning. During art class, we read the story and study the illustrations. I help the students look deeper into the illustration and find clues that will help them understand the story. The students use this knowledge to better understand stories when they read picture books in their classrooms.

After we’ve studied an art concept from a picture book, I provide the students with opportunities to explore using the concept in their own artwork. Sometimes I give them a sentence to illustrate in their sketchbooks. If we’re talking about color, I suggest to students that they think about why they are drawing the character that certain way and why they are selecting particular colors. If we’re talking about line, I ask the students to think about the kinds of lines they could use to help their character look a certain way (good, bad, confused, etc.) I also suggest to students that they think about adding other details to their illustrations that are not mentioned in the sentence. Through experiences like this students understand that pictures often give readers more clues to the meaning than what the written text provides.

As an example, after a discussion of line and color I gave second graders the sentence “The big fish swam around the lily pond looking for the little fish” to illustrate. I left the sentence fairly general to allow for a variety of interpretations. The students added many details to their art that were not in the sentence. Allie’s illustration is found in Figure 1. 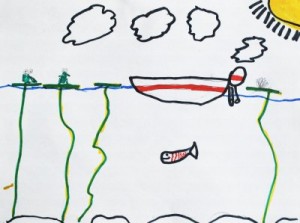 Figure 1. Allie’s illustration of “The big fish swam around the lily pond looking for the little fish.”

When asked to talk about the decisions she made, Allie said:

Harita’s drawing is in Figure 2. She interpreted the sentence differently than Allie did. While Allie saw both fish as good, Harita made the big fish bad and the little fish good. She said:

My little fish has many colors on him because he can be invisible…I used many different colors to show that he was special…[For the big fish] I used yellow and orange because he wasn’t really powerful…I made lily pads and these little blue fish are also running from the big fish because he was going to eat them…The little fish are blue because they have invisible power … I used spiky shapes on bad fish, because it was bad. 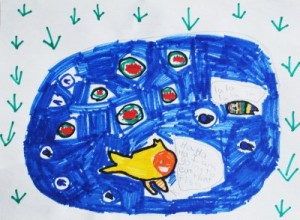 Figure 2. Harita’s illustration of “The big fish swam around the lily pond looking for the little fish.”

After the students explore the artist’s techniques in their own work, I read the picture book to them again. During the second reading, students see more in the pictorial text than they did during the first reading and understand the story more by looking at the pictures for clues. In the following section I discuss this more specifically in relation to Guji Guji (Chen, 2004).

The students read Guji Guji, written by Chih-Yuan Chen (2004) in their classrooms as part of our global literature study to talk about identity. In art class I used the book over two weeks to talk about Chen’s use of line and color to represent the characters. Guji Guji is the story of a young crocodile raised in a family of ducks who believes he is a duck. When the mean crocodiles try to get Guji Guji to side with them and bring his duck family to the pond for them to eat, Guji Guji must decide who he is and where he belongs and hatches a plan to save his family. While we read the story in English (see Figure 3), I used the illustrations from the Chinese (see Figure 4) version of the book for deeper study to focus the children on the art as well as to emphasize to them that the book originated in Taiwan.

Chen’s Use of Line

When the students came into the art room, we read the book together again and then went back and started looking closely at the illustrations. We talked about the main character and how Chen distinguished him from the other crocodiles. The students had many ideas. They noticed that Chen used lots of curvy lines on Guji Guji, especially on his eyes, claws, and teeth. Lucy said, “Guji Guji doesn’t have really sharp teeth and his eyes aren’t pointy. He looks like a nice crocodile.” 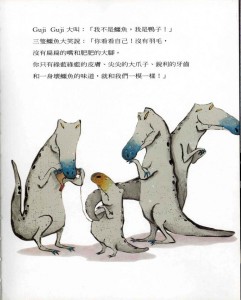 Figure 5. A sample page from Guji Guji showing the good and mean crocodiles.

I asked the students to think of an animal character for their own illustration and draw two of that animal, finding ways to distinguish between them. Since the characters were the same animal, students had to use their understandings of line to show the differences, as Chen did in Guji Guji. I also asked students to include some sort of conflict between the two characters and add lots of details to show the environment surrounding the characters.

Chen’s Use of Color

In the second class using Guji Guji I incorporated color, asking students if they thought Chen had any reasons for the colors he chose for the crocodiles. Students noticed that Guji Guji’s nose was colored with warm colors (yellow/orange) and the other crocodiles’ noses with a cool color (blue). The students associated these colors to their feelings. They commented, for example, that warm colors made them feel safe and warm while cool colors felt cold and made them feel danger as well. Charlie said, “I don’t trust a blue-nosed crocodile!” Through our discussions the students came to understand that Chen used warm and cool colors to differentiate Guji Guji from the other crocodiles.

I asked students to go back to their animal drawings from the previous lesson and add color, suggesting they think about why they were using particular colors so their choices had meaning or importance. When their illustrations were complete, students wrote stories about their characters in their classrooms. I’ve included examples of the students’ stories and art in the next section.

After students finished their illustrations and wrote their stories, I talked with them about their work and read their stories. I was amazed at the amount of detail they included in their stories and in their writing. They had truly become aware of how pictures tell their own stories through details such as line and color. The two examples below were created by first graders.

Carolyn’s art about two swans is in Figure 6. 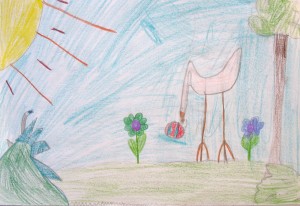 Figure 6. Carolyn’s drawing for her story about two swans.

Carolyn’s story, titled “A Stolen Toy”, is quite long so I will summarize it. Two swans live in Canada. Lily is the good swan and Fred is the mean one. Lily got a new ball and Fred became jealous and decided to steal the ball. He took it one night while Lily she was sleeping. The next morning he didn’t want to play with the ball because he’d stolen it from his best friend. So, he returned to ball to Lily and they were friends again.

Carolyn used lines to show the difference between the two swans. Fred, the mean swan on the left, has a pointy tale and beak. He is also hiding behind a pointy leafed bush. Carolyn drew Lily, the good swan, and her surroundings with curvy lines. She decided to keep Lily white when adding color but used warm colors on the beak and legs. In contrast, she colored Fred in cool colors. Carolyn also made the bush next to Fred pointy and in cool colors.

Drew’s art and story were about two wolves (see Figure 7). 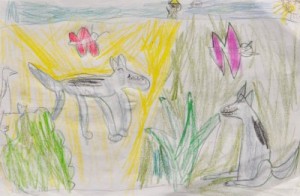 Figure 7. Drew’s drawing for his story about two wolves.

Once upon a time there were two wolves. One was good, one was evil. The good wolf, Daniel, liked curvy lines and warm colors. The bad wolf, Anthony, liked pointy lines and cool colors. And Anthony wanted to eat the Dukes. Their names where Harry Potter, Hermini, and Ron. The wolves didn’t get along with each other. One day he went under the bridge. He waited and threw a big rock and his teeth fell. It was really funny. The bad wolf said, “I will get revenge.” The End.

Using picture books in the art classroom has proven to be very beneficial. Picture books connect what the students are reading and learning in their classrooms with their art instruction. Their experiences with picture books in both classrooms broaden their understandings of “literacy”. Instead of viewing reading and writing as only written text, they understand they can read and create their own meanings in art also. In addition, studying illustrations helps students see things they did not notice before. For instance, little details, such as the use of lines and color, become clues the students use to help them understand the story. This has been evident in the readings and discussions of global literature in classrooms, as Michelle and Jenna discuss in their vignettes. Students use their knowledge of art concepts in their own artwork, adding another layer of meaning and richness to their work as they express their identity and ways of taking action. Picture books have broadened students’ understandings of meaning and pushed them to think more deeply.

Stacy Aghalarov is the art teacher at Pot Spring Elementary School in Timonium, Maryland. She can be contacted at saghalarov2@bcps.org.