The focus of this month’s blog is our work in writing and illustrating books for children in Saudi Arabia and on children’s books available from the Arab world. We want to share our process of developing picture books within a children’s literature course to be published for a wider audience. We believe that children’s literature courses and universities can play a role in helping countries develop books for children that reflect their language and culture.

The Childhood Studies Department at King Abdulaziz University (KAU), Jeddah, Saudi Arabia offers an undergraduate course in children’s literature as an alternative course for students. Throughout the semester, students learn the essentials of writing and illustrating picture books. The final project of the course was to write and illustrate a picture book. Sometimes all of the students work together on one book, and other times students work in groups of 3-5 on a book.

Some of the picture books produced by students were better than those available for children in bookstores, so we decided to publish the best final projects through the KAU publishing house. We initially published a big book by a small publishing house that was successful and so were able to persuade the KAU publishing house to take on this project. During the fall semester of 2011, five picture books were created, four of which were then edited, redesigned and will be published. Throughout the month of August, we will write about those five projects, particularly their ideas and the books that inspired students in developing their projects. The first book was written by Alshaimaa Almerwai, Mariam Kawkandi, Mona Alyahyawi and Maysa Andarqeeri, and was illustrated by Hiba Yamani. 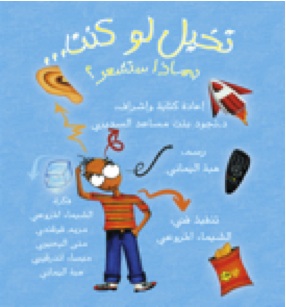 The main idea of the first project; the picture-book Takhaiial lau kunt… bematha satashor? (Imagine that you were a… How would you feel?) emerged from a magazine. While studying Basem; a children’s magazine, Mona Alyahawi noticed a page in each issue that gives an imaginary situation for readers to respond to and to think about what would happen if the situation were true. For example, imagine that there was no electricity or imagine that sand was transformed to gold. The group was interested in children exploring their feelings and so they decided to adopt the same idea around feelings. Hiba Yamani, the artist, loves giving life to inanimate objects. Because the artist of the group was enthused, the group started working on the text immediately.

To choose their characters and to develop the plot, the group members read many books. They were inspired by books from several parts of the world, but we highlight Arabic picture-books to let WOW readers know about books from the Arab world. 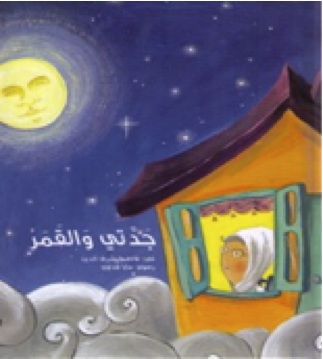 Jaddati walqamar (My Grandmother and the Moon) by Fatema Shraf Addeen (Lebanese) and Maya Fedwi (Lebanese) (2008, Kalimat, UAE) is about a child dealing with her grandmother’s death. The child asks the moon about her grandmother and her whereabouts. The group was inspired by the child’s innocent way of thinking and her simple questioning. 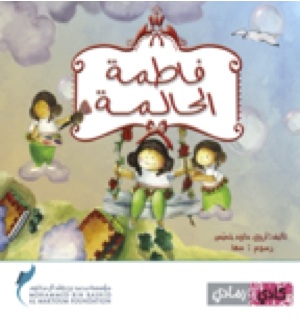 Fatimah alhlimah(Dreaming Fatimah) By Arwa Khumayys (Saudi) and Maha (Saudi)(2009, Kadi w Ramadi, Saudi Arabia) is about a child’s dreams. The beautiful language of the book helped expand the horizons for the group to think beyond reality. For example, Fatimah dreams that she could swim in a watermelon and that she could be a stick held by her grandfather. 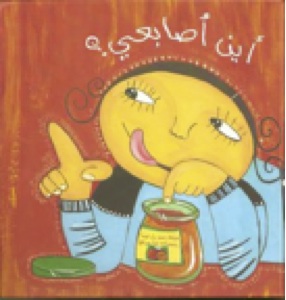 Ayna asabee (Where are My Fingers?) by Nadine Toma (Lebanese) and Leena Merhij (Lebanese) (2007, Dar Onboz, Lebanon) is a Lebanese lullaby about a child looking for her fingers. Although the main focus of the book is to teach children the names of fingers, it also deals with the feelings of loss in an extraordinary way.

Anqethona (Save us) by Rula Saada (Lebanese) and Maya Fedawi (Lebanese) (2007, Turning Point, Lebanon) is about extinct animals. Nadeem travels, through his imagination, to a reserve where he meets and talks with animals that are threatened with extinction. Unlike the previous books, this picture book shows the problem from the animals’ point of view.

The group used these ideas to write their own book, Takhaiial lau kunt… bematha satashor (Imagine that you were a… How would you feel?). This book takes the child to an imaginary world where objects have feelings. It is divided to five chapters. The first page of each chapter states: Imagine that you were an object (a rocket, an ear, a piece of potato chips, an ice cube and a remote control), and the following pages deal with objects’ imaginary feelings. For example; a rocket would feel free, astounded, happy and lonely.

After the project was completed, Alshaimaa Almerwai designed it using two design programs. She added one more dimension to the book by designing some of the words to reflect their meanings in art, such as a sigh.

This book is currently under publication, to be available in November 2011.

11 thoughts on “Inspirations for Children’s Books in Saudi Arabia: Part 1, Objects and Feelings”