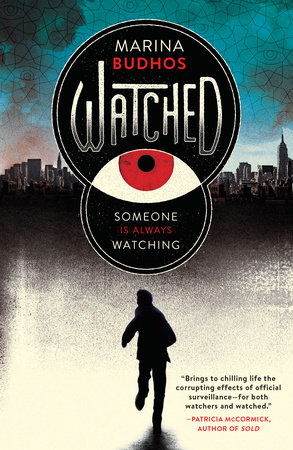 Naeem is a typical American teen settled in Queens, New York, who is also Muslim. He is ready to graduate from high school, and moves within the boundaries of his immigrant community, where he is often faced with neighborly disapproval. He grew up in Bangladesh and came to the US when he was eleven. As a younger teen, Naeem was a star student and very popular in the neighborhood. But then he reached puberty, and things began to change. His grades dropped, and he befriended Ibrahim, who is a couple of years older than him. Ibrahim is a shady character, but Naeem is attracted to Ibrahim’s freewheeling ways. Naeem gets into trouble but escapes punishment, even though the cops are on to him for shoplifting and other minor offences. In many ways, Naeem and his friends push the edge of acceptable behavior within their community.

Naeem’s immigrant community is typically under surveillance, so people are conscious of what they do or say. His family owns a store and do not practice Islam, and his aging, depressed father avoids going to the Masjid after detectives approach him about a neighbor. Naeem’s mother passed away when he was five and he misses her. His stepmother, however, tries to work with Naeem. One day Naeem is “caught” shoplifting when Ibrahim shoplifts but disappears after stuffing the expensive things in Naeem’s backpack (pp. 36-37). Naeem does not realize he has been framed by his own friend and country-mate. He is grilled by detectives, then offered an out if he becomes an informant for them and will receive monetary rewards for his work. Naeem agrees, and initially feels guilty.

As he embeds himself in the community, Naeem begins to find his own identity as he meets people who are strong role models and use their voices to protest injustice to immigrants. Naeem starts to question the reasoning of the detectives, especially when he cannot find anything to report. Furthermore, he comes to realize the detectives have no evidence of his involvement in the crime of which they accused him. Eventually they can no longer coerce him, but he realizes he will not get paid if he does not find and inform them of leads. They force him to create a scene where he is supposed to frame Ibrahim. Naeem draws the line and refuses to do so and walks away from them and the situation.

This is a necessary novel at this time in history. Budhos refers to her previous novel Ask Me No Questions by adding the character of Tasleema to this sequel. Tasleema is Naeem’s cousin who gives him an opportunity to belong to a youth group that is working to provide resources to immigrants that are being persecuted due to their socio-political status. References to the negative role of Pakistan and its impact on the creation of Bangladesh are also mentioned multiple times in the text.

This book touches on the sensitive issue of surveillance. To address this issue, educators might introduce the topic in a general overarching theme of the ‘right to privacy’ and ‘safe spaces.’ Keeping in view the present political scenario and the War on Terror, questions to consider with students include: What are our rights as citizens living in this country? Non-citizens? Why is surveillance such a controversial issue? Books to pair with this could be George Orwell’s (1950) 1984, Miriam Halahmy’s (2016) Hidden, and Marina Budhos’ earlier book, Ask Me No Questions (2007).

Marina Budhos is from New York and lives there with her husband. She is a professor of English at William Paterson University. She has won several awards for her young adult literature including the inaugural James Cook Teen Book Award for Ask Me No Questions. She also writes for adults. More information about Marina can be found at:
http://www.marinabudhos.com/books/watched/watched-resources