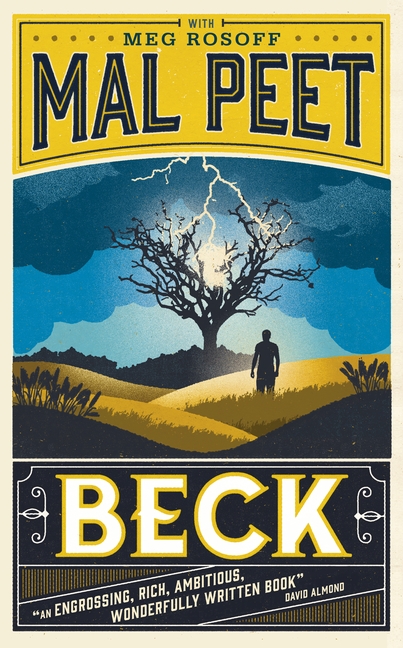 What happens when a young person is separated from family and country during the first part of the 20th century? This historical fiction novel is the story of Beck, the biracial son of a sex worker. Beck is orphaned in Liverpool after his entire family is wiped out by the flu. He is taken in by the Sisters of Mercy, who are not so merciful, and then pawned off on the Christian Brothers, whose actions are less than Christian. Beck is then sent to Canada to work as an indentured servant in Ontario. His journey is one of abject suffering with glimpses of temporary hope when he becomes part of a bootleg gang. Throughout these hardships remains the hope of finding love in the world.

This is a tough text. Within the first 55 pages, the issues raised include prostitution, drug addiction, mental illness, death, sexual abuse in the workplace, racism, pedophilia, and rape. While this all sounds rather overwhelming, Beck is a meditation on belonging. It could be an interesting atmospheric novel to read, as there is dialogue written in different dialects — Scouse, Irish, and old-fashioned Canadian. There are also the settings — the quays of Liverpool and the wilderness of Eastern Canada — which are bleak and unappealing. The historical setting shows the reader how the British used the colonies as a dumping ground for “undesirables.” There are also the particular kinds of British and Canadian racism, which were different from the US, where slavery was the most definitive aspect of history.

Beck could be read as a critique of our present times in the Anglo world. There are pedophillic and sadistic Catholic clergy, unaccompanied minors entering North America, and the despair that can ravage a populace. To further explore the issues of this text, it could be paired with such “classic” novels as The Color Purple (2003) by Alice Walker or any of Charles Dickens’ works. Other readings could include The Smell of Other People’s Houses (2017) by Bonnie Sue Hitchcock and In the Storm (2011) by Karen Metcalfe.

This novel was started by the late Mal Peet and finished by Meg Rosoff. Both authors are famous in the United Kingdom for such award-winning novels as Tamar (Peet, 2007) and How I Live Now (Rosoff, 2006). Beck was shortlisted for the Carnegie Medal.