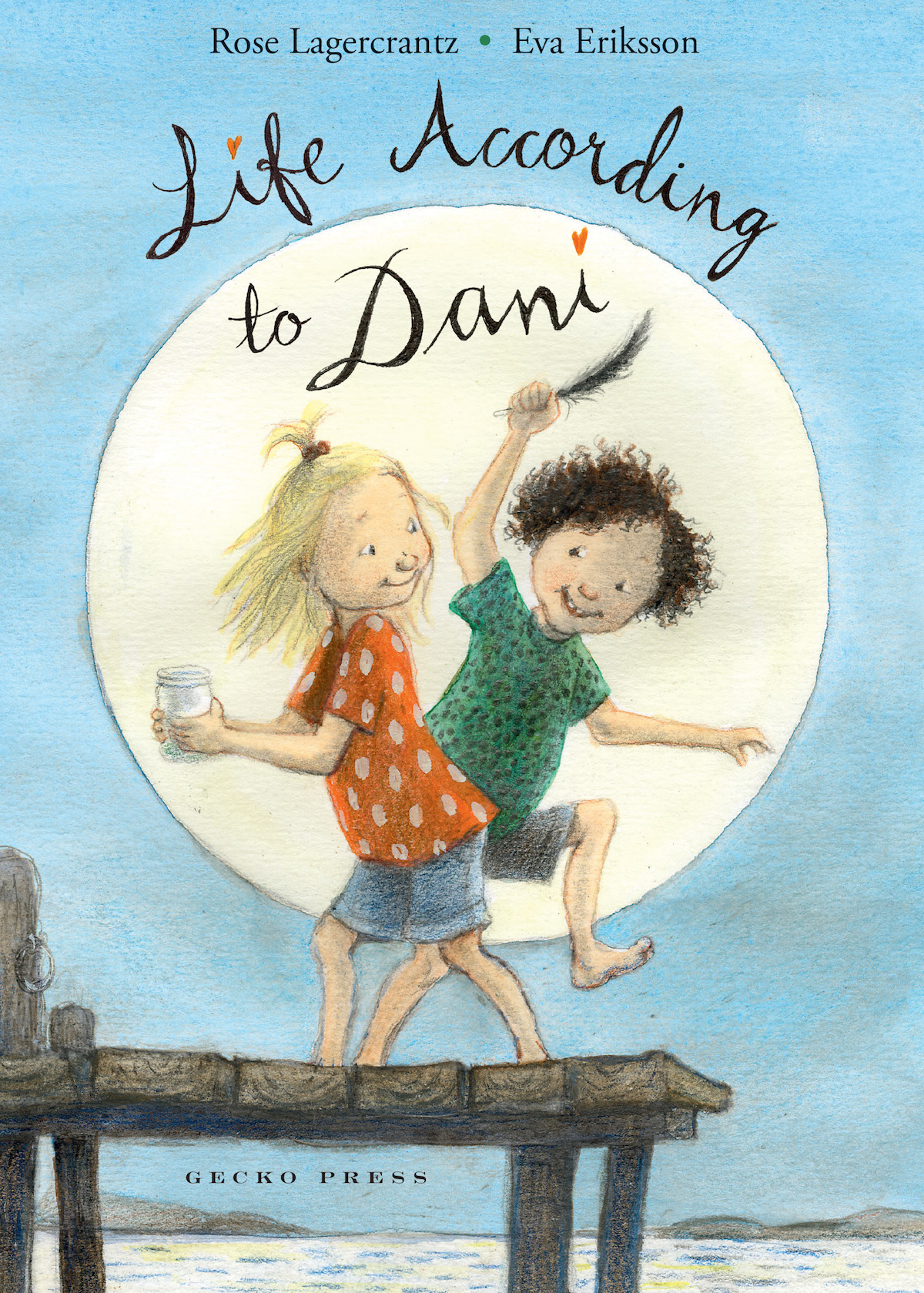 Dani lives with her father, and when he is injured and needs to recover in the hospital, she moves in with her best friend Ella on a small island where Ella’s family stays during the summer. Dani feels like the happiest girl in the world as she does not have to worry about anything and can have fun with Ella. The girls spend their time swimming, playing the violin, baking and selling goods as well as exploring the nature around them. One day, however, Dani’s carefree life and happy mood change when her father visits her on the island. Dani is introduced to Sadie, her father’s new girlfriend. The sudden appearance of this woman with her father makes Dani worry that she will be replaced by Sadie in her father’s heart. As a child, she perceives Sadie as a rival and behaves rudely toward her, causing Dani’s father to leave the island with Sadie. As a result, this becomes a challenge for everyone.

Life According to Dani is the story of adapting to changes within a family, and the worry about how a current—and wonderful—life is over. A sweet story to share with children who are dealing with similar family dynamics, readers will experience how change is normal and to be expected. Furthermore, with the support from friends and beloved others, those changes can be more easily negotiated. An interesting read for any age and a good starting place for discussions on life issues, this book is similar to Goodnight Night, Commander (2010) by Ahmad Akbarpour, in which the main character has lost his mother and faces having a “new mother.” Both books are international and translated to English.

The author, Rose Lagercrantz, was born in Stockholm in 1947. Lagercrantz is a well-known Swedish author who predominantly writes the books for children, but has an adult audience as well. She has received numerous literature rewards such as the August Prize and the Astrid Lindgren Prize. Many of her books are translated into English, German, Korean, Japanese, Italian, and Russian. Julia Marshall translated this book from Swedish to English.

Eva Eriksson illustrated the novel. Notable all over the world as a talented illustrator, Eva has been nominated for many international awards, including the Hans Christian Andersen Prize. Her charming and charismatic illustrations create an endearing image of Dani and engage readers from the very first drawing. This is the fourth endeavor writer Lagercrantz and illustrator Eriksson have completed together around these characters on the island, creating a complementary text with illustrations realistically reflecting the emotions described within the written work. These books include My Happy Life (2012), When I am Happiest (2015), and My Heart is Laughing (2014). Further information can be found at: