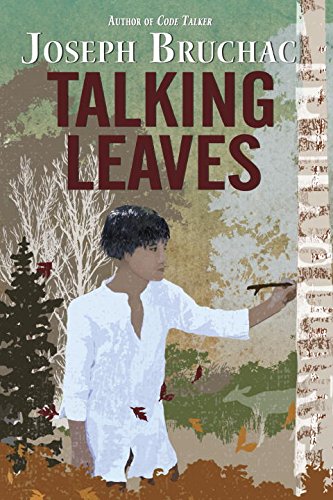 The story of Sequoyah, creator of the written Cherokee language, is told from the perspective of his son, Uwohali. Sequoyah has remarried after Uwohali’s mother ended their marriage years ago and has returned to Alabama after being chased away for being a crazy man performing witchcraft. Uwohali now faces a reunion with his father and half-sister Ahyokah, both of whom still interact with the strange markings, the cause of the accusations of witchcraft against Sequoyah. Uwohali discovers that these markings are used to symbolize the sounds of their native language and, recognizing their importance and power, commits to learning the symbols alongside his half-sister. The tribe, though, remains fearful and plots to kill Sequoyah and his children. Thus, Uwohali must convince his closest friend and mother of the significance of the markings. With their support, he can sway the tribe to save his life, as well as his father’s and sister’s, while embracing the new written language.

Many students with divorced parents, regardless of their culture, will understand Uwohali’s fear of reconnecting with his father and his new wife and daughter. His mixed feelings toward the new sibling and uncertainty about his father’s intentions will also resonate. The disconnect may come because, “Whereas Western folktales are located in settings understood as universal,” Native American stories “belong to particular tracts of country and can be told only by those identified as their custodians,” (Bradford, 2011, p. 336). The underlying culture in Talking Leaves is that of the Cherokee Indians and, though told by a Native storyteller, it is significant that the story is relayed from the perspective of Sequoyah’s son, who is not taken in thoroughly by the belief in witchcraft that is prominent in the village. The existence of this witchcraft belief does not “conform to a limited number of [stereo]types” that “non-Indigenous authors and illustrators draw upon” when depicting Native Americans (Bradford, 2011, p. 332).

In the world of Talking Leaves, readers are exposed to an alphabet “perfect in its entirety” for a language other than English, and a need for a community to be in complete agreement for peace (Bruchac, 2016, p. 237). Teachers could pair this text with nonfiction books such as Sequoyah: The Cherokee Man Who Gave His People Writing by James Rumford (2004) or Sequoyah’s Gift: A Portrait of the Cherokee Leader by Janet Klausner (1993). A full history of Sequoyah can be found online at the official Cherokee website, http://www.cherokee.org/About-The-Nation/History/Facts/Sequoyah-and-the-Cherokee-Syllabary. By using resources like these, close investigation of Sequoyah and the Cherokees provides opportunities to evaluate historical accuracy in Talking Leaves while further exploring Cherokee culture. The Cherokee language may also be explored by visiting the site, http://www.cherokee.org/LearningCenter/.

Joseph Bruchac, an award-winning author, is of Abenaki ancestry and grew up in the Adirondack mountain foothills. His awards include the Cherokee Nation Prose Award, Hope S. Dean Award for Notable Achievement in Children’s Literature, the Virginia Hamilton Literary Award (2005), and awards earlier on from the Native Writers Circle of the Americas.