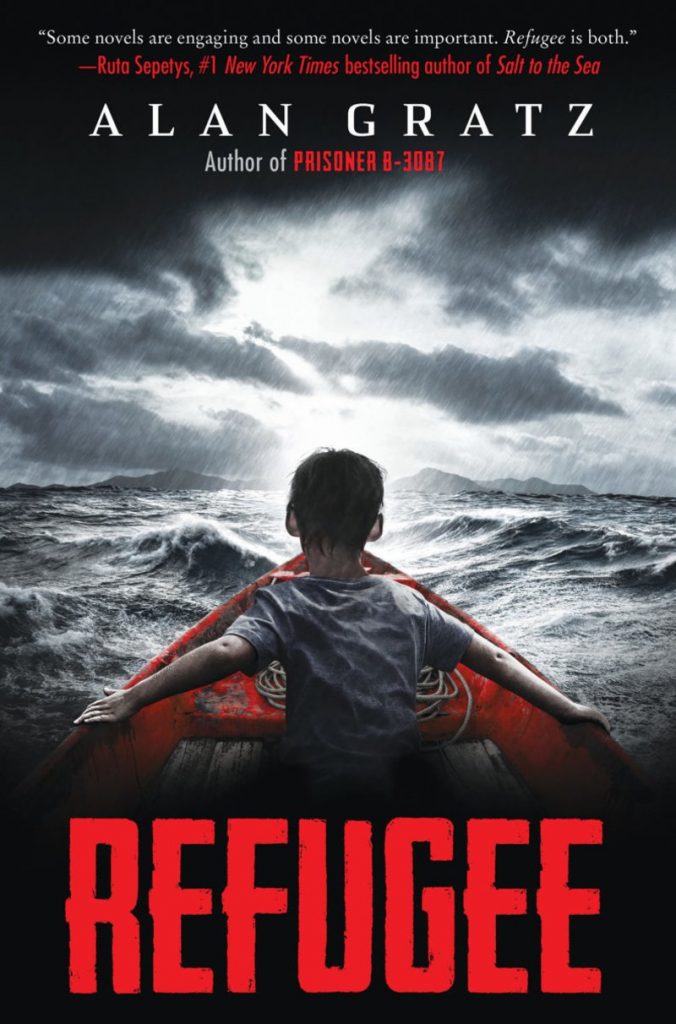 Alan Gratz’s novel highlights three brilliantly articulated simultaneous stories of refugee children separated by time and space. The stories feature Josef, a Jewish boy in 1939 Nazi Germany, who is escaping an imminent threat of a concentration camp by boarding the MS St. Louis for Cuba; Isabel, a Cuban girl in 1994 who belongs to a devout Christian family and must leave her homeland for Florida due to political upheaval; and Mahmoud, a Syrian boy in 2015, who leaves his homeland in Aleppo because of the violence and destruction, finding refuge in Europe.

This novel, written in the third-person narrative, frames the harrowing journeys these children undertake filled with life-threatening dangers. Each faces these challenges in different regions of the world and in different times, but their struggles are similar and their wish for a safe refuge are identical. Each traverses regions governed by dictators. Their initial journeys are by boat, where they face drowning, being eaten by sharks, and foreign coastguards ready to kill them. They are rejected time and again in various ways but get up and move on within their circumstances with a responsibility to family and friends that demands respect from the reader.

Visibility and invisibility are the stronger themes within these narratives. For Josef, while in Berlin, “It was like they were invisible” (p. 18) and Mahmoud realizes, “they only see us when we do something they don’t want us to do” (p. 214). Later, while trying to hide during his stay in the tent cities, Mahmoud decides being visible is the only way to be seen and heard; therefore, no more hiding as he walks with other children across borders to reach Austria and then Germany.

These narratives are about migration under compulsion, forced journeys none of the protagonists wants to take, but all need to take, as they have no other choice. All three lives, unexpectedly, come together and intertwine at the end. Thus, in a way, this novel is about a shared history of forced journeys and a narrative that comes full circle, ending with a message of hope: Hope of religions and regions coming together, hope for providing a home for the homeless millions.

This novel is timely and much needed as it addresses issues of immigration and refugees. Gratz achieves brilliantly interwoven narratives joined seamlessly, while weaving in historical well-researched data and events. This book can introduce the topic of immigration, war, and upheaval and address the ways in which history repeats itself. Similar thematic threads can be found in other recent books about immigration and refugees, such as Salt to the Sea (Ruta Sepetys, 2017); The Bone Sparrow (Zana Fraillon, 2016); and The Lines We Cross (Randa Abdel-Fattah, 2017).

Alan Michael Gratz was born in 1972 in Knoxville, Tennessee. He is the author of 14 novels for young adults. His novels have won numerous awards, including ALA’s 2007 top Ten Best Books for Young Adults, 2008 ALA Quick Pick for Young Adult Readers, ALA’s Top Ten Sports Books for Youth and Top Ten Historical Books for Youth, YALSA’s 2014 Best Fiction for Young Readers, and YALSA 2016 Quick Pick for Reluctant Readers. Gratz, who holds a College Scholars degree with a specialization in Creative Writing and a Masters in English Education from the University of Tennessee, currently resides in North Carolina.