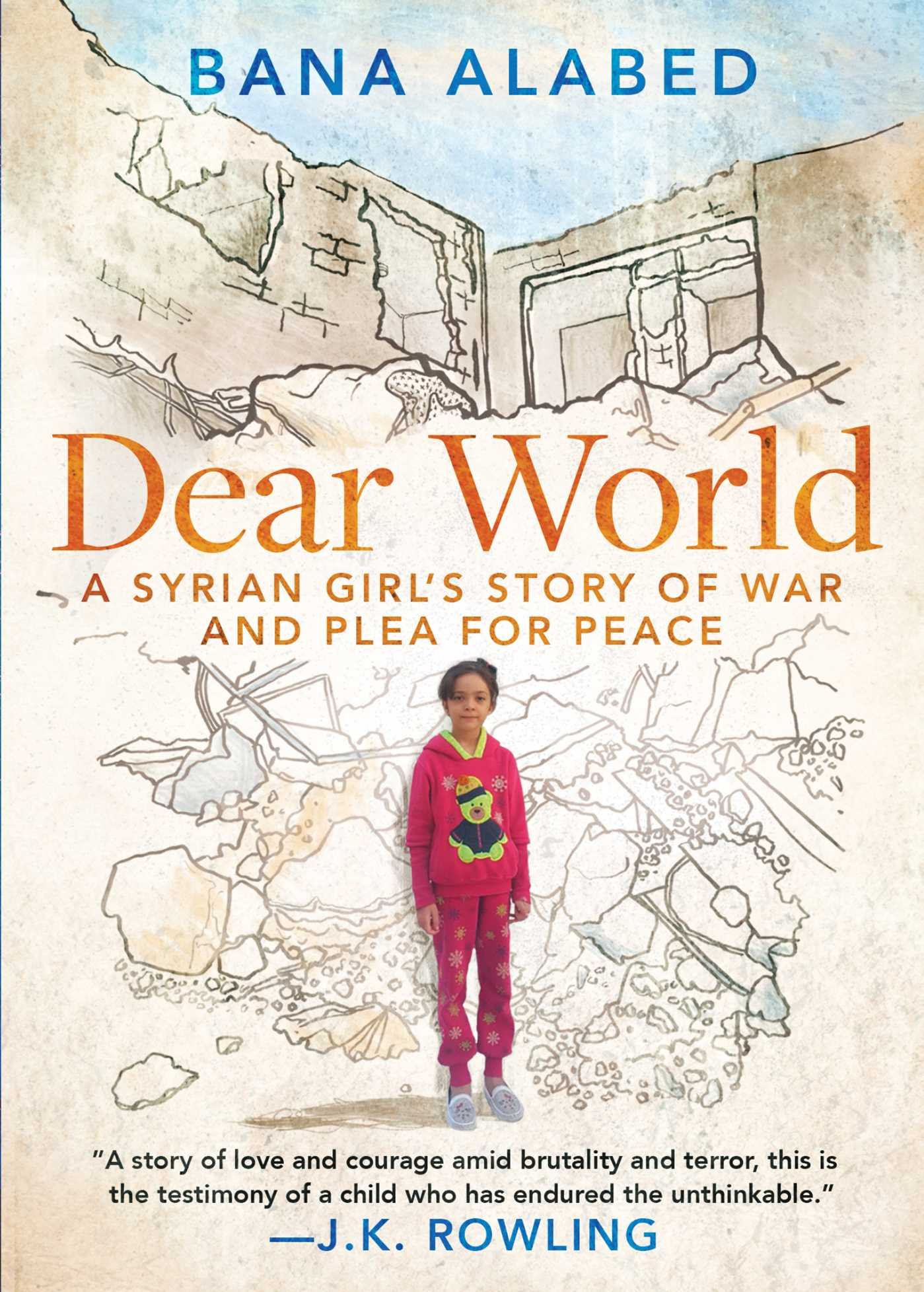 Bana Alabed, a young Syrian girl, became a symbol of the 21st century Syrian civil war at the age of seven. We see the war in Syria depicted on the news, yet we feel disconnected to it. Bana has written a memoir that takes the reader into the heart of the deadly Syrian war. In 2016 in Aleppo, Bana and her family were caught in a siege between the Syrian government and rebel forces. In her memoir, she describes her life before, during and after fleeing the country to escape the siege. During the war, instead of spending time outside her home, Bana was barricaded inside in the midst of a war zone. Instead of learning about the history of Syria, she learned to identify types of bombs due to the incessant airstrikes. Instead of passing time playing dolls with her friends, she hid for hours in the basement of her apartment building as bombs exploded around her, her family and her friends.

Although Bana is the only author credited on this book, Bana’s mother, a teacher, begins the memoir with the story of Bana’s birth. Bana and her mother have alternating chapters throughout the memoir. Her mother’s voice is distinguished by pages with peach borders and cursive writing whereas Bana’s thoughts are in print and her chapters are filled with photographs. The photographs taken by the Alabed family enhance the memoir by providing an insight into Bana’s life during the war. We can read her tweets and see pictures of herself, her family and places in her neighborhood destroyed by bombs.

During these tumultuous years, Bana yearned for peace and felt cut off from the world. One day her mother allowed her to use her Twitter app to communicate her feelings to the world. Bana shared the dire situation of the Aleppo civilians in her tweets, “We are dying” and “We are not armed, why do you kill us? – Bana #Aleppo” (p. 151). Fear, hunger, death and destruction were aspects of the war that ended the innocence of her childhood and caused daily suffering for herself, her family, her friends and the citizens of Aleppo.

The prevalent themes of this memoir are showing courage in the face of adversity, the importance of family and the plight of the refugee. Bana and her family became refugees first within their own city and then in another country. Bana’s memoir, Dear World, would interest both middle and high school readers. The middle grades historical fiction book Escape from Aleppo, by N. H. Senzai (2018) and the young adult book A Land of Permanent Goodbyes, by Atia Abawi (2018) could be paired with Dear World to show other perilous journeys of refugee families fleeing worn-torn Syria.

Other heartfelt young adult memoirs are by refugees that struggled to escape oppression, war and poverty include The Lightless Sky by Gulwali Passarlay (2017); Every Falling Star by Sungju Lee and Susan McClelland (2017); Enrique’s Journey: The Story of a Boy’s Dangerous Odyssey to Reunite with His Mother by Sonia Nazario (2007); The Girl Who Escaped Isis: This is My Story by Farida Khalaf and Andrea C. Hoffmann (2016); and How Dare the Sun Rise: Memoirs of a War Child by Sandra Uwiringiyimana (2018). In The Lightless Sky, a twelve-year-old Afghan refugee fled the Taliban and crossed eight countries in search of a safe place to live. In Every Falling Star, an eleven-year-old refugee survived and escaped the rough gang ridden streets of North Korea. In Enrique’s Journey, a young Honduran refugee left his country in search of his mother in the United States. Along the way, he encountered thieves, corrupt police and bandits. Farida Khalaf’s memoir, The Girl Who Escaped Isis, describes her kidnapping, captivity and escape from an ISIS training camp. Finally, in the memoir, How Dare the Sun Rise, Sandra escaped the Gatumba massacre in the Democratic Republic of the Congo and immigrated to the United States where she has become a brave, strong voice for refugees.

The young author of this book, Bana Alabed, was born in 2009 in Aleppo, Syria. She continues to wish for peace and the end of war in Syria. Although she spent four years living through the horrors of war and barely escaped Syria alive, she hopes to return to live in Aleppo when it is safe. She loves to read and write. According to the author’s description on inside jacket cover, she would like to become a teacher when she grows up.