Latino literature can support Latino students in making connections to their lives and encourage them to improve their reading and writing skills. When I was asked to work with two middle-school Latino students who were considered “at risk,” I decided to engage them with literature from their own culture and invite them to write their own bilingual books.

Jose and Marcos, both seventh graders and second language learners from El Salvador, attended a middle school in Tucson. They had difficulty in speaking, reading, and writing English and were placed in an after-school reading and writing program. I met with them to improve their reading and writing skills. I worked with them in English, but took time to explain terms or words they did not understand in Spanish. The literature provided by the school district featured mainly mainstream American culture. Jose and Marcos saw little of their culture, peoples, beliefs, and traditions portrayed in the stories. After having limited success, I decided to introduce stories from the Latino culture that they could relate to and understand. This literature was an important means of enabling them to make meaning of their world and motivating them to become better readers.

It was my hope that Jose and Marcos would make connections between books and their own life experiences through reading Latino stories. By introducing stories that engage students through making important life connections, students can see themselves and their own worlds represented and examined in the text and illustrations. (Huck, 1998; Romano, 2006).

I introduced Jose and Marcos to several Latino children’s books. I began by retelling La Llorona, a story from The Corn Woman: Stories and Legends of the Hispanic Southwest by Vigil (1994), which contains traditional tales, stories about animals, and contemporary stories. The tale of La Llorona is similar to the tale of La Tulivieja from Panama that I heard as a child. A crying woman looks for her long lost children and comes at night with a sack to kidnap children who misbehave. Jose and Marcos indicated that they had heard similar stories from their elders and were eager to start the readings.

Jose and Marcos took turns reading the stories. We stopped and discussed the readings and I noticed that Jose and Marcos were interested in talking about the stories. “Esto es muy parecido a mi pueblo” [This is very similar to my town], exclaimed Jose. The students started to make meaningful connections with their own life experiences and were active participants in the discussions. Their responses indicated they were comprehending what they were reading. “Yo conozco ese cuento” [I know that tale], stated Marcos.

Because Jose and Marcos were making so many connections between the books and their own lives, I decided to have them create their own bilingual books. I gave them the choice of topics and encouraged them to write about something that was enjoyable, funny, or appealing in their lives. Jose decided to write about a hunting trip he took with this father and uncle in El Salvador in his book, The Great Outdoor Experience/La gran experiencia al aire libre. Marcos wrote about interesting encounters with animals in El Salvador in his book, All Types of Animals/Todos tipos de animales. 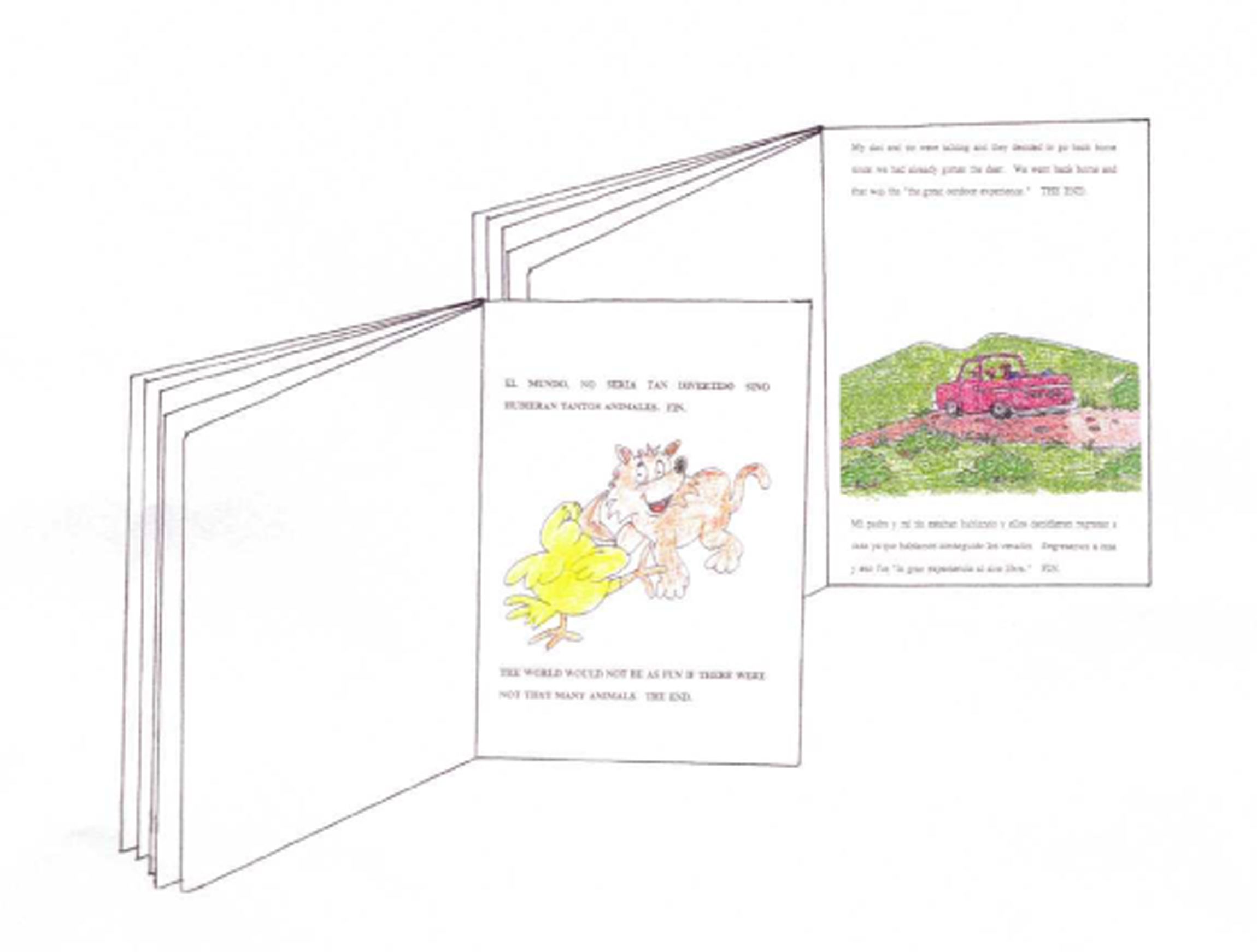 We started the process by brainstorming ideas about what they might write. “Yo he visto a muchos animals” [I have seen many animals], began Jose. After sharing ideas, they wrote one page at a time in Spanish. After each page we discussed what they had written, and then I asked them to translate the page into English. I helped them if they had trouble translating a word or phrase. We followed this procedure for each page of their stories. I asked them questions about each page they had written. We discussed the text and came up with recommendations for revision if needed. I reviewed the text for spelling and grammar editing as well.

I asked Jose and Marcos if they wanted to illustrate the books. Both declined, stating they did not know how to draw or paint pictures. I told them I was an artist and would be happy to illustrate each of their books. After an enthusiastic Sí­, I made preliminary sketches of each written page and shared these drafts with them for their comments and revisions. After their approval, I completed the illustrations, using pen-and-ink drawings and colored pencils. 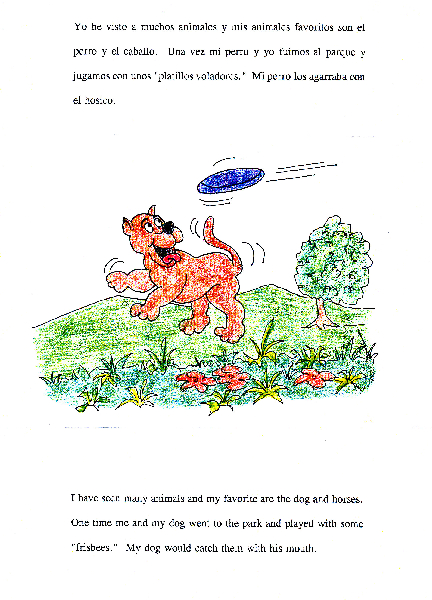 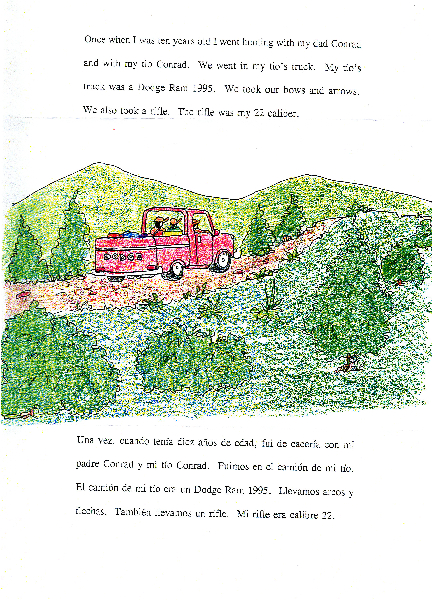 When I presented the final books to them, Jose and Marcos were proud of their efforts and I was happy for their commitment and dedication to become better readers and writers. They shared their bilingual books with classmates and everyone applauded. The principal displayed their books in the reception area of the school for everyone to admire.

By making connections through stories about their peoples, languages, traditions, and cultures, Jose and Marcos enhanced their reading and writing skills by creating bilingual stories of their real-life experiences in El Salvador. Viascellaro and Genishi (1994) advocate the importance of students writing their own stories and picture books. Students are able to make personal connections with the child’s voice within themselves. A positive learning environment for reading and writing is created by introducing culturally relevant literature that is meaningful to students, and by providing choices and opportunities for them to create their own stories. Of course, a little help from La Tulivieja also makes a difference.

Albert Sosa Gonzalez is the assistant coordinator of Field Studies at the University of Arizona South, Tucson, Arizona.

WOW Stories, Volume II, Issue 1 by Worlds of Words is licensed under a Creative Commons Attribution-NonCommercial-ShareAlike 4.0 International License.
Based on a work at https://wowlit.org/on-line-publications/stories/storiesii1/.