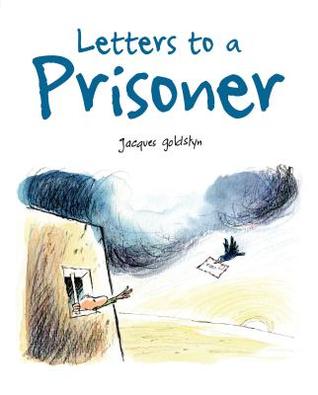 This visual narrative highlights the power of the written word. It was inspired by the Amnesty International letter-writing campaigns to support people jailed for expressing their opinions on social justice issues. A father and daughter attend a peaceful protest, where he is arrested by the army and sent to solitary confinement. His emotions range between hope, nostalgia, boredom, and misery as the days go by; his only companions are a mouse who creeps out from a hole in the wall and a bird who visits him through the barred window of his cell. As he dissolves into despair, the bird starts to bring him letters of support, but each one is confiscated and burned by his guard. The smoke carries his message throughout the world, leading to a deluge of mail and a flight to freedom on wings made of letters—along with a joyous reunion with his daughter.

The book is dedicated to Raif Badawi, a Saudi writer, dissident, activist, and creator of the website Free Saudi Liberals, and his family. He has been in prison since 2012 for “insulting Islam through electronic channels.” In an author’s note, translated from French by Angela Keenlyside, Goldstyn says he was inspired to create the book based on his participation in Amnesty International’s Write for Rights letter-writing marathon.

The cartoon-style illustrations include many pages with multiple vignettes to provide viewers with a sense of the passage of time and the unfolding action (or inaction in the prison cell). These vignettes create frameless panels, telling the story through poignant pen-and-ink drawings with watercolor washes. The symbolism within these sketches encourages thought and discussion.

The book was first published in French and based in the illustrator’s background as a cartoonist and activist in French Canada. Jacques Goldstyn was born and raised in Montreal; taught how to draw by his father and spendt his time drawing every single day. He became a geologist and worked in the gold mines in Abitibi and the petroleum industry in Alberta. Rediscovering his love of drawing, he became a cartoonist for science youth magazines (Les Débrouillards) in French Canada and a political cartoonist for the Montreal Gazette. He uses his pen to explain new scientific gadgets or concepts to young readers with the goal of helping readers think logically about the scientific concepts. In contrast, his goal for political cartoons is for his audience to interpret an issue or person for themselves (Valiz, 2018).

Goldstyn has written and illustrated several books for children, including Bertolt (2017), which features an imaginative boy whose best friend is an oak tree, highlighting belonging, love and loss. The Eleventh Hour (2018) focuses on life, death and the futility of war through the story of two friends from Canada who go to war against Germany in 1914.

The themes of organizing for protest and activism and the plight of political prisoners can be further explored by pairing this book with other titles. One particularly powerful picturebook connection is The Stamp Collector, written by Jennifer Lanthier and illustrated by Francois Thisdale (2012), about a people’s poet who becomes a political prisoner in China when his writing is deemed dangerous. He is not allowed to receive letters of support, but his guard keeps the stamps and eventually passes on the letters. The issue of confinement and injustice can be further explored through the many picturebooks on Japanese-American internment camps, WWII concentration camps, forced labor camps, and refugee detention centers.

The theme of freedom and human rights can be pursued through Dreams of Freedom from Amnesty International UK (2015) with quotes about different aspects of freedom, and My Little Book of Freedoms illustrated by Chris Riddell (2017) to show 16 different freedoms. The theme of protest can be explored through Rise Up! The Art of Protest (Jo Rippon, 2020) in the photographs of protest posters from the last one hundred years around social justice issues, while Peaceful Fights for Equal Rights by Rob Sanders and illustrated by Jared Schorr (2018) introduces the concepts of protest, resistance and activism for children. For older readers, Free? Stories about Human Rights from Amnesty International (2010) contains contemporary short stories and poems, related to the UN Universal Declaration of Human Rights, and written by a range of authors about young people who are victims, perpetrators or activists.

Given our current context of global unrest and increasing social injustice, this visual narrative is a reminder of the power of the written word, and the need to rise above attempted suppression of the human ability to challenge and resist.

WOW Review, Volume XII, Issue 4 by Worlds of Words is licensed under a Creative Commons Attribution-NonCommercial-ShareAlike 4.0 International License. Based on work by Kathy G. Short at https://wowlit.org/on-line-publications/review/volume-xii-issue-4/7/