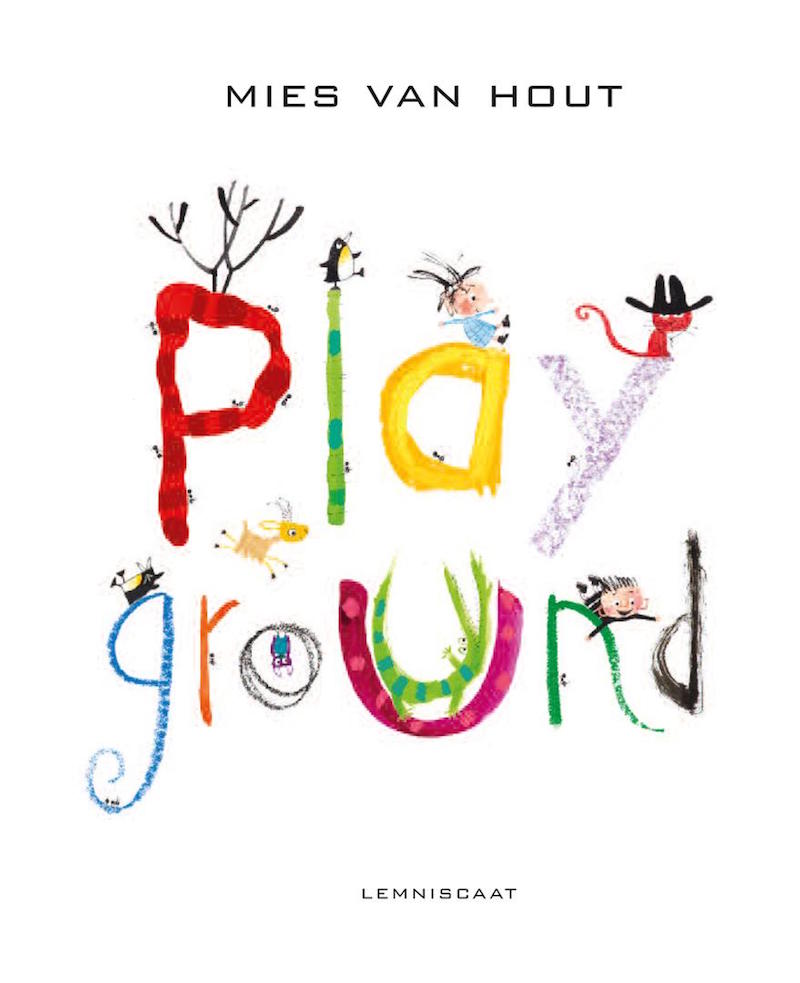 The idea of a playground conjures an assortment of images. Swings, the jungle gym, hop-scotch, slides, and merry-go-rounds. There are sandboxes, and places to play basketball, sometimes tennis, and Four Square. Let’s face it–the playground is a magical place where children meet and share numerous outdoor activities. It is a place where the imagination can run wild! In Mies Van Hout’s delightful picturebook, two children decide to venture to the local playground for just the type of exciting activities in which any child would want to engage. It is on the way to the playground when the adventures really begin. In fact, their adventures in the woods and along the path to the playground are so much more exciting than the actual playground, that upon reaching the playground, they decide to head back from whence they came.

This engaging book from the Netherlands presents a current movement in playground development from around the world. Addressing issues such as the lack of environmental or ecological knowledge, countries from around the world are creating playscapes in natural settings or using natural materials to introduce nature to children. Playscapes have the capacity to develop children’s inquiry as well as imaginative scenarios borne from the natural environment.

This book presents such imaginative play! While the concept is presented through this narrative, the use of color–bold and beautiful–may not necessarily reflect the natural environment of sand dunes and the forest in realistic colors. Meant to engage young children, the author/artist chose bright colors to attract younger readers. The illustrations are line drawings with watercolor overlays suggesting a rich imaginative journey. The use of white space at the beginning of the journey and at the city playground represents a reality unmarked by such imagination.

This book could be used as a way to introduce young children to page-turning as well as the prospect of outdoor play in a natural environment. Arrow prompts facilitate page-turning—continuing the adventure—and young readers are encouraged at the beginning of the narrative to follow them. This book could also be used to begin a text set about the wonders of nature, which could include Patricia Wynne’s (2016) My First Book about Backyard Nature or Stacy Tornio’s and Ken Keffer’s (2013) Kid’s Outdoor Adventure Book: 448 Great Things to Do in Nature Before You Grow Up.