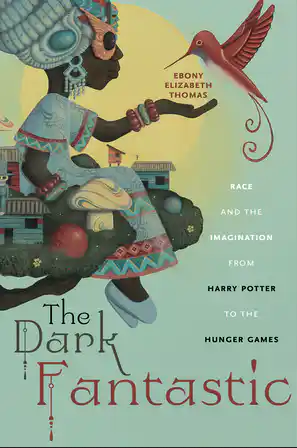 For many years, fantasy primarily originated in English-speaking countries and featured European traditions and White protagonists. The popularity of Harry Potter and the Hunger Games and the many books based in Greek and Roman mythology reflect this trend. In The Dark Fantastic, Ebony Elizabeth Thomas (2019) argues that fantasy offers readers portals into real and imagined worlds but bars the doors for people of color or subjects them to marginalization and violence. Thomas sees this gap as both a lack of representation and a lack of imagination.

The global fantasy novels for middle grade and young adult readers on the 2020 Global Reading Lists provide a glimmer of hope in opening these portals to a wider range of global cultures especially from Asian, African and Arabic traditions. The notable exception is few books from Latinx traditions, such as David Bowles’ new Tales of the Feathered Serpent graphic novel series. Another notable characteristic is that the majority are deeply rooted in the author’s heritage culture and so written out of a deep knowledge and respect of those traditions. In addition, many more highlight a female heroine. 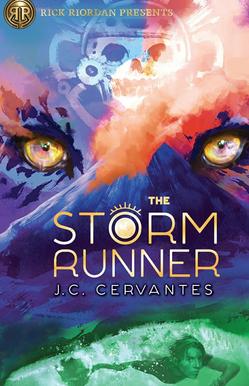 Rick Riordan, well known for his bestselling Percy Jackson Olympian novels of Greek mythology, has created Rick Riordan Presents to publish middle grade authors from underrepresented cultures to tell stories inspired by the mythology and folklore of their own heritages. The books follow his structure of modern-day children in the real world who are suddenly drawn into an adventure filled with humor and action that involves contact with a fantasy world based in myth or folklore. The children of color featured in these books are American and typically 12-years-old, but the mythologies are global. The Pandava series by Roshani Chokshi, the first Rick Riordan Presents venture, features an Indian-American girl who accidentally unleashes a demon from Hindu mythology while visiting her mother at a museum. Aru Shah and the Tree of Wishes (2020) is the third book in this best-selling series. J.C. Cervantes has the Storm Runner series based in New Mexico and Mayan mythology, while Carlos Hernandez created the Sal & Gabi sci-fi series set in Miami around Cuban culture. Kwame Mbalia’s first book, Tristan Strong Punches a Hole in the Sky (2019), received multiple awards and features a boy who punches a hole into a world where ancient African gods clash with figures from African-American legends–imagine John Henry and Brer Rabbit battling the god Anansi.

Fantasies set in Asian traditions, especially China and Japan, with strong female characters is a continuing trend. Grace Lin is known for fantasy quests that integrate Chinese folklore, such as the well-known Where the Mountain Meets the Moon (2011). Her new book, Before the Sword (2020), inspired by the legend of Mulan, occurs earlier in time when Mulan tries to save her sister in a quest that reveals her strengths and integrates stories told by characters drawn from Chinese myths and history. The Magnolia Sword: A Ballad of Mulan by Sherry Thomas (2019) for YA readers retells the story of Mulan as she disguises herself to replace her ill father in the army and is threatened by an old enemy and her attraction to her commander. Japanese author, Naholo Uehashi, whose Moribito books have been translated into many languages, has a new translated book, The Beast Player (2019) and its sequel, The Beast Warrior (2020). This epic fantasy focuses on a girl who has the power to communicate with magical beasts and the warring kingdom only she can save. Other Asian traditions are represented in A Wish in the Dark by Christina Soontornvat (2020), set in Thailand about a girl determined to save a boy on the run in a story about privilege and protest, and The Girl and the Ghost by Hanna Alkaf (2020), based in Malaysian culture and myths about ghosts and death, in a story about family, trauma and friendship. 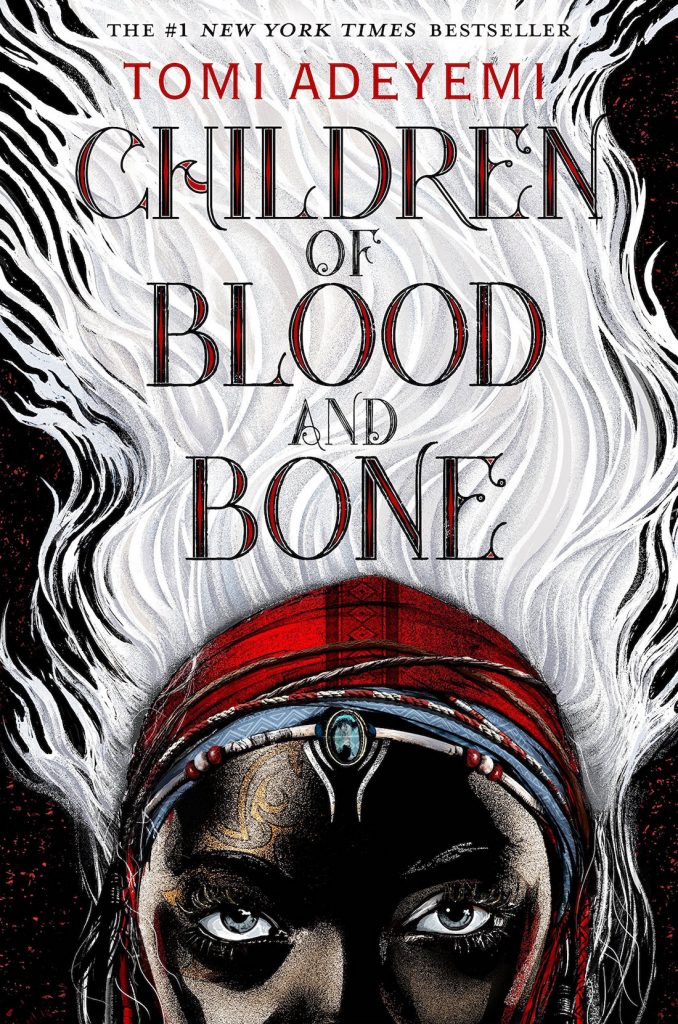 Two emerging trends in YA fantasy are books set in African and Arabic traditions and mythologies. Children of the Blood and Bone by Tomi Adeyemi (2018) was a runaway hit as the first book in a West African trilogy set in the land of Orisha that forbids magic. The second book, Children of Virtue and Vengeance (2019) continues the story after magic is restored, leading to battles of the monarchy and military to gain control of Orisha. War Girls by Tochi Anyebuchi (2020), is set in Nigeria in 2172, in a future war-torn world in which sisters dream of escaping war but are torn apart. The Candle and the Flame by Nafiza Azad (2019) is set in south Asia city, Noor, a Silk Road city that is a refuge for all faiths. Fatima is drawn into a magical battlefield, transformed as a djinn, in a story that combines Islamic and Arabic mythology. We Hunt the Flame by Hafsah Faizal (2019) is a fantasy inspired by ancient Arabia and its mythology. Zafira disguises herself as a man to seek the return of magic to her cursed world. 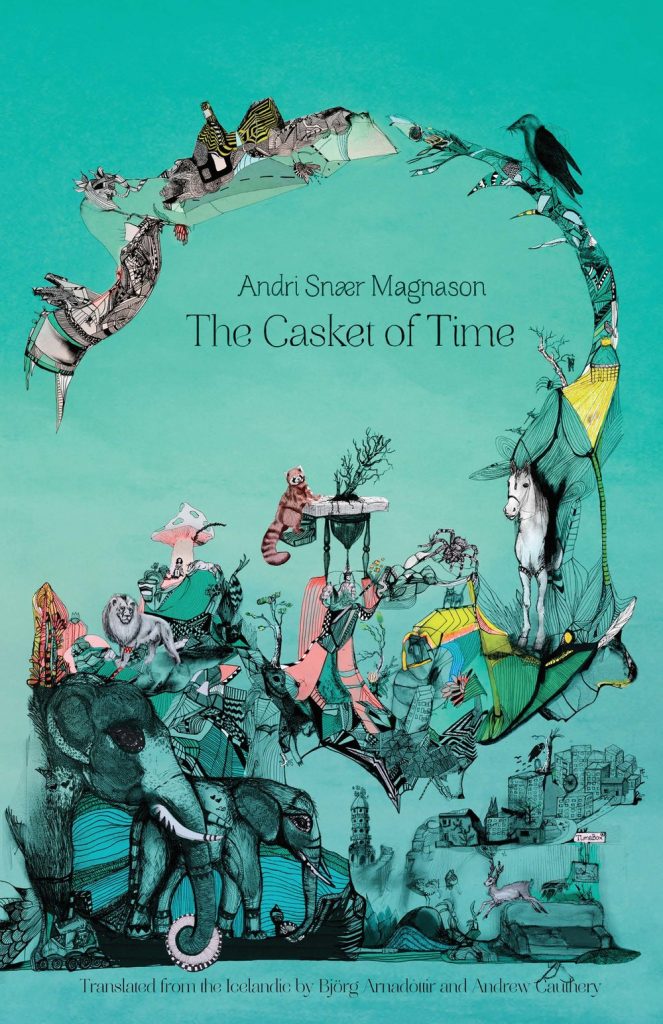 Although many of the fantasies are written by authors of color who live in the U.S., several new fantasies are books translated into English due to their popularity in their country of origin, such as The Beast Player from Japan. In Lily the Thief by Janne Kukkonen (2019), a translated book from Finland, a female thief tries to enter a secret male society and uncovers a plot that threatens to destroy the world. The Casket of Time by Andri Snaer Magnason (2019) is a translated book from Iceland that is a dystopia in which people hibernate in TimeBoxes to escape apocalyptic world problems. Signun’s box, as well as those of other children, opens too early and she emerges into chaos. Ye by Guilherme Petreca (2019) is a translated book from Portugal about a boy who can only make one sound, ye, and his quest to find a witch to help him defeat the Colorless King, the source of the world’s sorrows.

Check the Global Reading Lists for Grades 4-12 for other fantasy novels published over the past several years that are set in a range of global cultures.