By Blaire Krakowitz, University of Arizona

Ancient Stories for a New Generation 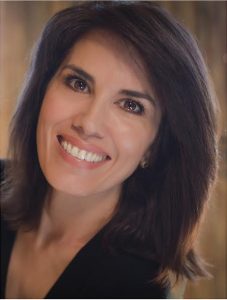 It has been said that no story is entirely original. All stories take ideas and inspiration from others and mold them into something new. Books connect stories from the past to experiences from the present, creating ties between the new and the old. Young Adult fiction embraces older stories and folklore, especially in recent years. Ancient mythologies have become a particularly popular source of inspiration, and for good reason. Myths explain how the world works. Comparisons between the ideas of cultures from the past to our current understanding of the world lend themselves to dynamic, creative exploration in fiction.

Rick Riordan’s young adult novels, including the ever-popular Percy Jackson and the Olympians series, bring modern twists on traditional mythologies into the YA mainstream. Riordan explores Greek, Egyptian and Norse myth works–only a few of the myriad of mythologies to grace world tradition. Riordan teamed up with Disney Hyperion to create the Rick Riordan Presents imprint to provide other authors with the opportunity to retell their own cultures’ myths. In the imprint’s first wave of rich stories emerges J.C. Cervantes’ engrossing, action-packed and ceaselessly charming take on Maya legends: The Storm Runner.

13-year-old Zane Obispo has a volcano in his backyard. He is homeschooled, answers the phone for his elderly psychic neighbor, walks with a limp and has no greater friend in the world than his 3-legged dog, Rosie. And yet, Zane’s unconventional life is nothing compared to the world he is thrust into when he meets a mysterious girl named Brooks. In the blink of an eye, Zane finds himself in the beautiful and terrifying world of Maya myth with himself at the center of a prophesy that threatens to end the world as he knows it. Together with the nawal (a Maya shapeshifter) Brooks and his wrestling-obsessed uncle, Zane embarks on an epic quest to save the world. Their team of underdogs fight disgusting demons, crash legendary parties and enjoy divinely delicious hot chocolate in this quick-witted, fast-paced adventure novel.

J.C. (Jen) Cervantes loves underdog stories, advocates for more diverse stories in children’s literature, and firmly believes in magic. I had the pleasure of interviewing Jen about developing The Storm Runner and her writing process. We discussed her interactions with her readers, and (of course) what the future has in store for Zane and company.

Maya mythology is far less mainstream than, say, Greek mythology. Everyone knows about Zeus and Heracles, but who has heard of Kukulkan and Ah-Puch? And who knew that the Maya had a goddess of chocolate? Jen makes Maya mythology accessible to her readers (including a VERY useful pronunciation guide). She remarks that Maya folklore is something she grew up with. Revisiting these gods and legends while giving them a modern twist allows her to find both nostalgia and new inspiration in these centuries-old stories. “Reconnecting with the mysticism and the magic helped me bring the story to life in a way that is contemporary but also respectful of that mythological history,” says Jen, “or at least what history has been left to us.” The gods of The Storm Runner are alluring and noble, but just as flawed as human beings. They combine traditional Maya imagery with more contemporary styles, creating a fun, anachronistic atmosphere that adapts Maya lore with respect and wit. Perhaps the Maya wouldn’t be fond of their foul-smelling god of death being called “Puke,” but Ah-Puch more or less deserves it.

While creating her characters, Jen likes to let loose and let her characters shape themselves. Her characters certainly come into their own. The Storm Runner‘s varied cast each has their own goals and motivations. Each has a personal conflict that they must overcome before defeating Ah-Puch. Jen explains, “I learned a long time ago to just let the characters take control of their own identity.” Her philosophy on character creation is at the center of the novel’s protagonist, Zane. His physical disability limits his self-confidence as much as his movement. Moreover, he appears to have no control over anything around him: not only is he destined to fulfill a deadly prophesy, he is up against gods and demons that are imminently more powerful than he is on his own. But Zane never gives in; he always pushes forward, even if it means defying gods. He finds his amazing inner strength and shapes his own story. And he’d literally fight death itself for his dog (I can relate–Rosie is adorable).

Letting her mind and creativity run free isn’t limited to character creation. When writing, Jen tries to “let the inner critic go” so that the story can proceed naturally and dynamically–in other words, without limits. She states on her website that she believes in magic. Where is the magic in writing? “A sense of belonging and connection to something so much greater that myself,” she says.

Jen’s writing is greater than herself; it connects her not only to the cultures she represents in The Storm Runner, but also to every reader who opens the book. I asked Jen what she wants her readers to take away from The Storm Runner. In addition to finding entertainment in the novel, Jen hopes her readers find themselves reflected in the pages. The Storm Runner contains notable representation for both Latino and young people (and dogs!) with disabilities, but its representation goes beyond the physical. Jen aims for her readers to see their own experiences in Zane’s adventures: “There are elements at play here that transcend the story: the feeling of not fitting in, facing your fears, growing up, navigating friendships, etc.”

As Jen will attend the Tucson Festival of Books in March, I asked Jen about her interactions with readers. Because representation is such an important part of The Storm Runner, I asked if she’d seen her readers’ responses to the diversity in her storytelling. Her reply is an enthusiastic “YES!” Adults and kids alike have responded positively to her writing, telling her of the wonderful impact her stories have had on them. “Those are the moments we writers live for, to know we have positively touched someone is what this is all about.” These interactions show her the enormous power a story can hold, and that children long to be understood. Reading a book where they relate to the characters, both inside and out, gives them some of the understanding they desire. 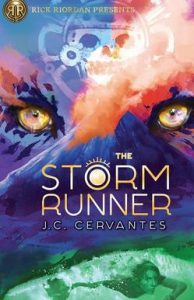 The Rick Riordan Presents banner has given Jen an opportunity to share her stories. “Everyone at DH/RRP has been so genuine, down to earth, and kind,” she says. “I couldn’t ask for a better team.” She loves the imprint’s mission and the use of “Rick’s enormous platform” to tell diverse stories from so many cultures. The reader response to The Storm Runner goes to show the importance of Rick Riordan Presents’ mission and the positive impact of diverse storytelling.

“Read far and wide—not just in your preferred genre,” Jen says to aspiring writers. “Read some craft books, attend retreats as you are able, join writing organizations, but most of all—write. Write without criticism. Write what moves you, what you love, what you want to read. Tell the story only you can tell. And above all, be authentic and be kind.”

I had one final, burning question for Jen: what does the future have in store for Zane and his ragtag group of heroes? She excitedly drops a few hints about the sequel to The Storm Runner, The Fire Keeper, to be released in September 2019. She promises expectation-defying twists and turns and new impossible challenges for Zane. He will “go up against monsters and demons (and not just the ones haunting this world), and he’ll also have to make seriously awful choices. I actually feel bad for the guy.” Despite the odds, however, Jen promises more of the series’ characteristic humor and strong, true heart.

I, for one, can’t wait to read The Fire Keeper. Until then, I’m looking forward to Jen’s appearance at the Tucson Festival of Books!

In the meantime, I’ll sit down to a cup of Ixkakaw’s famous hot chocolate. Wait, it’s poisonous to humans? Eh. Still worth it.