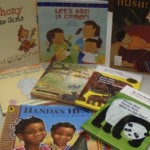 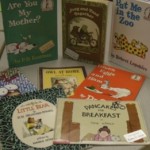 The Common Core State Standards are currently having a tremendous impact on materials and instruction in K-12 classrooms. As with any new initiative, a range of interpretations are swirling about, leading to concerns and misconceptions. My focus is on misconceptions related to these standards as they connect to children’s and adolescent literature and each week I will focus on a different misconception. The Common Core State Standards were developed by a group appointed by the National Governor’s Association and the Council of Chief State School Officers. This group examined research on the levels of literacy needed for success in college and careers and then worked backwards to determine the literacy knowledge they believed students need at each grade level to be college and career ready by the end of high school. These grade-specific standards in reading, writing, speaking, listening, and language also set requirements for literacy in history/social studies, science, and technical content areas. Performance-based assessments are being developed by several groups to measure student achievement and to evaluate teachers and schools.

One issue of major concern to educators is the grade-level lists of text exemplars that are included in Appendix B of the CCSS. Many schools and some states interpret these lists of stories, poems, and informational texts as core lists that all students should read and are attempting to purchase these sets and mandate them for classroom use. A close reading of the standards document indicates that the list and text excerpts are provided to help teachers explore the levels of complexity and quality of texts recommended for a particular grade level, so they can make their own informed selections. The lists are thus exemplars of text complexity, not a mandated reading list.

Because the goal of the standards group was to show text complexity, they needed to provide excerpts from each of the selected texts. One of the issues that the group encountered was getting permission to publish excerpts without paying large permission fees. An administrator from CCSSO told me that many of the texts they originally chose had to be eliminated because they could not get these permissions. That’s one reason why the lists contain so many older books and out-of-print books. For example, the stories listed as exemplars for K-1 were published between 1957 and1978, with only one recent book. Not only is there no global or multicultural diversity in settings or characters, only one book even has people in it—the others are animals. Many of the books are classics, such as Are You My Mother? (1960) by P.D. Eastman (1960) and Frog and Toad Together by Arnold Lobel (1972), found in most school and classroom libraries. Children have loved these books for many years, but they are not, and should never be considered, a core list for K-1 classrooms. The same issues are evident in the text exemplars at the high school level, which are dominated by classics such as Don Quixote by de Cervantes (1605) and Pride and Prejudice by Jane Austin (1813).

This misinterpretation of text exemplars as a mandated reading list, rather than as examples of text complexity, is highly problematic and creates a context in which students are restricted to books that are dated and lacking in diversity. Without balancing the classics with the richness of contemporary literature, students would soon come to the conclusion that books are of little relevance to their personal lives, discouraging their continued engagement as readers—not exactly the goal of teachers and schools.

We have started to work on text sets for K-5 classrooms and hope to create high school lists as well that provide examples of more globally and culturally diverse texts at similar complexity levels. A beginning K-5 list is attached.